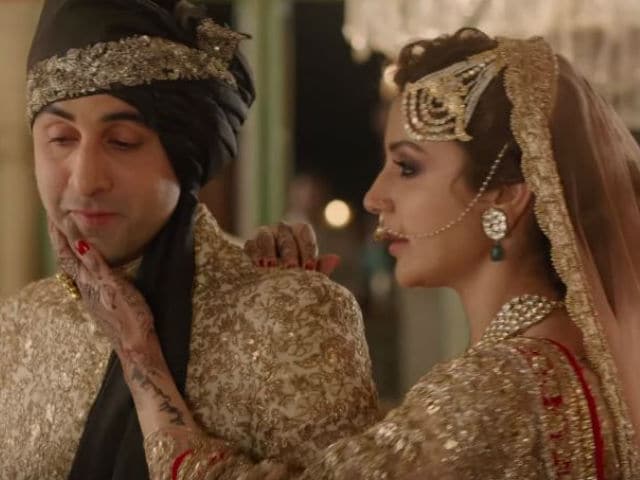 Ranbir sings Channa Mereya apparently at Anushka's wedding and she realises a little too late that Ranbir is actually in love with her. After the evocative lyrics, the end line of the song - "Ek tarfa pyaar ki takat hi kuch aur hoti hai..." - suggest that Ranbir's deals with a broken heart as Anushka is about to get married.

Pretty much like any other Karan Johar film, the song's setting is extravagant and Anushka and Ranbir both look very regal. Ranbir wore a Sabyasachi sherwani

Promoted
Listen to the latest songs, only on JioSaavn.com
The song composed by Pritam is sung by Arijit Singh and written by Amitabh Bhattacharya.