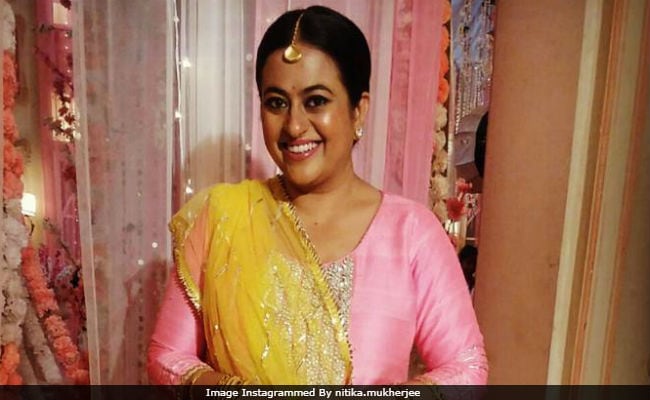 New Delhi: TV actress Nitika Anand Mukherjee, who plays Nakuul Mehta's (Shivaay) mother in Ishqbaaz, is pregnant with her first child, a Times Of India report stated. Nikita is in her third trimester and will now take a small break from the show and so, her character will not be seen for some time. She plays Pinky in Ishqbaaz. Nitika is married to Indrajit Mukherjee since 2006. Ishqbaaz is a popular TV show and is headlined by Nakuul Mehta and Surbhi Chandna, who plays his wife Anika. They show tracks the story of three brothers and their respective families and love interests. On the show, Nitika is famous for her dialogue 'Oh, my mata.'

Her Instagram (unverified account) has several pictures of the actress with her Ishqbaaz co-stars. Take a look.

When i am not at war with my babydoll....

Im sure uv seen this one before people...wanted it to flash on my page as well...Ladies of the house...before annika came into the family!!

There were reports of Ishqbaaz going off air. However, the producer of the show refuted the reports.

Recently, Surbhi Chandna's (Anika) character was said to get a double role for the show. "The initial phase of Annika has always been my favourite when she was elegant yet had a lot of quirky traits. Over time, Annika has now become more poised, more so after her marriage with Shivaay. And now, this lookalike will be the complete opposite of What Annika has been. You can say she will be highly inspired by Aishwarya Rai's character from Josh, but a more fun and comic touch to it," Surbhi has said in a statement, news agency IANS reported.

Promoted
Listen to the latest songs, only on JioSaavn.com
Congratulations, Nitika Anand and Indrajit Mukherjee.