Is Die Hard A Christmas Movie? Let's Hear From John McClane. Over And Out

The star and screenwriter step into a debate that has raged three decades after the summer classic was released. 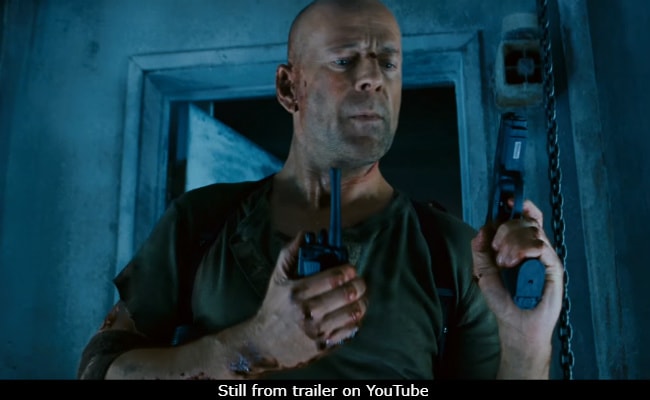 Bruce Willis in a still from Die Hard (courtesy YouTube)

Film producer Joel Silver arrived on the set of 1988's action thriller Die Hard, saw the festive decorations and made a prophetic remark.

This movie would roar into syndication and be played on television over Christmas for years, he said, screenwriter Steven E. de Souza recalled.

Silver was right. The violent action movie with an f-bomb in hero John McClane's catchphrase has taken a counterintuitive hold on the holiday rotation, alongside classics like "It's a Wonderful Life" and Miracle on 34th Street.

That idea may have started as a tongue-in-cheek pushback to the cheery, G-rated fare found during the holidays, Souza told The Washington Post on Monday, but has since become an unironic way to welcome the holidays.

For years, fans have watched the film while home with family, caught special December screenings and flooded social media with memes, including the decoration of Bruce Willis in a Santa Claus hat.

But it has also prompted doubt. The movie was released in July. It has no snow, but takes place on Christmas Eve. So it a Christmas movie? Souza says yes, without hesitation.

But there is a notable dissenter.

Willis was surrounded by Hollywood legends at his own Comedy Central roast, to be televised later this month, on Sunday - the 30th anniversary of the film's release. He grabbed the microphone at the very end.

"Die Hard is not a Christmas movie," Willis declared, according to Entertainment Weekly.

But Souza cautioned that Willis may be joking. Consider the venue, he said. It was a roast. There were jokes flying all night. Perhaps he was trolling the world and knew it would provoke a strong reaction. Willis's representatives, however, did not return a request for comment.

The film is arguably the most iconic action flick of the 1980s, if not all time. In the movie, John McClane scurries shoeless through the fictional Nakatomi Plaza, killing German terrorists one by one while trying to win back his estranged wife and two children.

There are some elements to the story that make Christmas an important factor. A good place to start is the book that inspired the film.

Nothing Lasts Forever, written by Roderick Thorpe and published in 1979, is much more "Christmas-y" than the film Die Hard, Souza said, using the holiday to underscore the hero's fall from grace.

Joe Leland, a hard-boiled New York cop whose wife is dead at the start of the book, arrives in Los Angeles to visit his daughter on Christmas Eve. Broken by the job, he now looks back on the holidays with regret.

The film is less grim, but Christmas is still a vehicle to get a New York City cop to Los Angeles, Souza said. In the movie, co-written by Jeb Stuart, McClane visits California to see his two children during the holiday and win back the affection of his wife, Holly (Bonnie Bedelia).

Enter the nighttime Christmas party at fictional Nakatomi Plaza, the prime target for Gruber to scoop up drunken employees as hostages.

McClane even gets into the holiday spirit in his own twisted way. He kills the captors in a cat-and-mouse game throughout the film, leaving one body in a chair.

There is a message scrawled in red on the shirt of the dead terrorist: "Now I have a machine gun Ho-Ho-Ho." His head is topped with a Santa Claus hat.

In the years after its release, Die Hard as a Christmas movie is its own unstoppable cultural force, fueled by the Internet.

"Films now have this other afterlife in tiny clips and GIFs," film historian Matthew Sweet said, the British Guardian newspaper reported. "So a particular image from a film -- like the dead terrorist in the Santa hat in 'Die Hard' -- can break free from the film and have this other life online that might be its most vigorous form of life."

The celebration of the film as a Christmas landmark has played out beyond Twitter and Facebook. There's even a children's book, A Die Hard Christmas, with violent illustrations that are definitely for parents and not kids.

And in one cold, algorithm-driven way, this all has led to Google to put any doubt to rest.

Type "Christmas movies" into the search bar and you'll see the typical results: Elf. How The Grinch Stole Christmas. The Polar Express. But among the top results: a poster of John McClane, a Beretta pistol in hand.