"My family; a Thespis father not wanting to belong to this world, a perfectionist writer/warrior mother that fights with the same passion she loves," wrote Babil 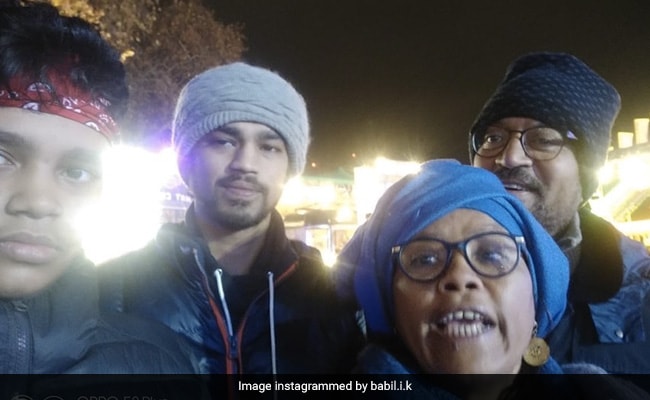 Irrfan Khan and Sutapa Sikdar's family is "one strange family" but in a "beautiful" way. On Thursday, Irrfan and Sutapa's son Babil posted a set of family photos also featuring the late actor and wrote how his family is perfect with all the imperfections. "Our family is one strange family. Worst was comparing to the 'image' of perfect neighbours. You're all weird families, and that is one of the most beautiful things about us humans. Our undeniable fear of having no clue on what to do but still pursuing, denying that fear instead," he wrote and added: "My family; a Thespis father not wanting to belong to this world, a perfectionist writer/warrior mother that fights with the same passion she loves, an ingenious brother that can find relatable patterns in economics to music, and me, a kid who loves to cry watching children/family animation films."

In his post, Babil also wrote: "In the chaos where I find myself lost, engrossed in doubt, feeling like a blob of cheese on the couch, I take a moment and look around, pay attention to people, instead of seeking it for a second. You know? Our family, we couldn't fill a glass of water without spilling, but sometimes all we need is a little backup, and there is no shame in asking for that from the people that love you the most, acknowledge their love. The most important part though, at the end of it all, is to take that chance to tell them that you love them back. Never take your chances for granted."

Irrfan Khan died at the age of 53 in Mumbai's Kokilaben Hospital on April 29. Since his death, Babil has been sharing beautiful memories of the late actor on Instagram.