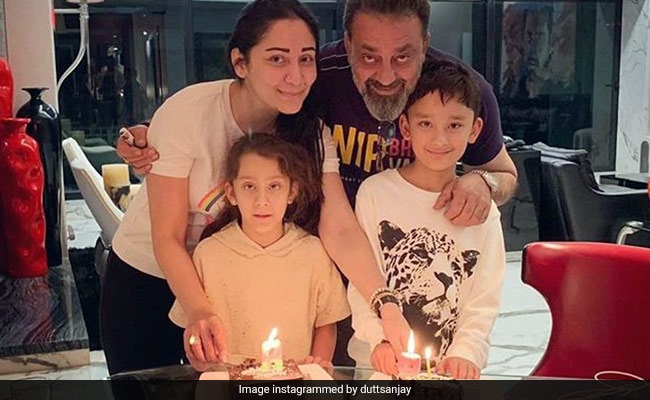 Sanjay Dutt with Maanyata and their twins. (image courtesy: Instagram)

Sanjay Dutt and his wife Maanyata are celebrating their twins Shahraan and Iqra's birthday in Dubai. On the twins' eighth birthday, both Sanjay Dutt and Maanyata posted adorable messages on Instagram. Sanjay Dutt shared a picture of the family of four moments before the twins blew the candles on their respective cakes while Maanyata shared a picture from the 'birthday lunch'. Sanjay Dutt wrote: "May God bless you two with a lifetime of love and happiness! Happy Birthday, my babies." It was a two-part celebration for the twins. On Instagram story, Maanyata gave a sneak peek of the twins' party, in which they got theme-based cakes. Shahraan's cake appears to be inspired by a video game named Battle Royale while Iqra got a doll-themed cake.

Here are pictures from Shahraan and Iqra's birthday celebrations in Dubai:

May God bless you two with a lifetime of love and happiness! Happy Birthday my babies. 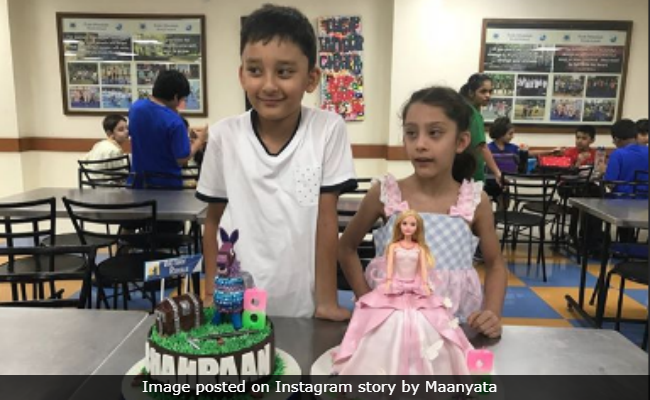 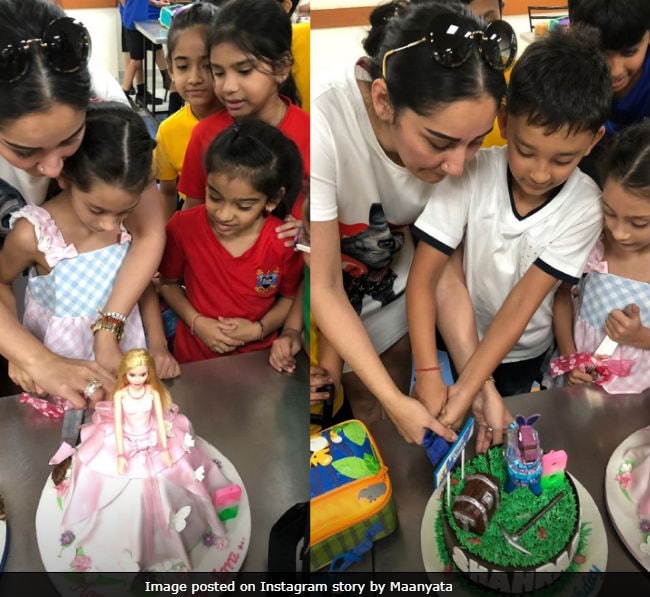 Shahraan and Iqra are the youngest of Sanjay Dutt's three children. Trishala is Sanjay Dutt's elder daughter with his first wife Richa Sharma. Trishal, who is settled abroad with her maternal grandparents, didn't join the twin's birthday.

Sanjay Dutt was last seen in Saheb, Biwi Aur Gangster 3 and he has a string of big banner projects on his plate starting with Kalank, co-starring Madhuri Dixit, Alia Bhatt and Varun Dhawan. The film is being produced by Karan Johar and it will be helmed by Abhishek Varman. He has also signed up for Girish Malik-directed Torbaaz and Ashutosh Gowariker's Panipat.

Sanjay Dutt will also be seen in Sadak 2 along with Pooja Bhatt, Alia Bhatt and Aditya Roy Kapur.