"Alia Bhatt is not in a love triangle with Ram Charan and Jr NT Rama Rao in RRR," said SS Rajamouli 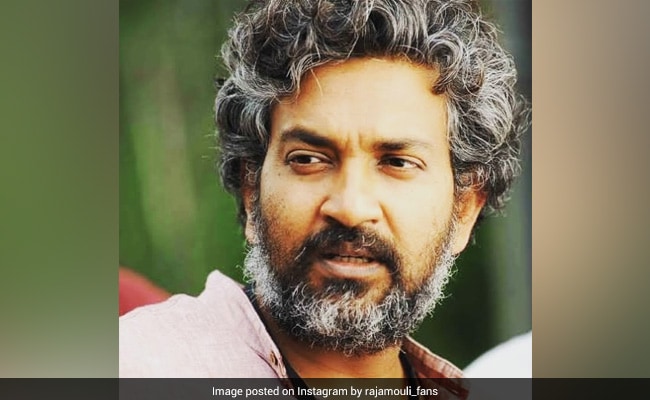 A fanpage of SS Rajamouli shared this image. (courtesy rajamouli_fans)

SS Rajamouli's upcoming epic drama Roudram Ranam Rudhiram has been in the headlines since its release date was announced. The film which boasts of its pan-India cast ensemble, includes Ram Charan, Jr NT Rama Rao, Alia Bhatt and Ajay Devgn among others. Written and directed by SS Rajamouli, the film revolves around India's freedom fighters - Alluri Sitarama Raju and Komaram Bheem who fought against the British Raj and Nizam of Hyderabad respectively. Speaking of choosing Alia Bhatt as the lead cast for his film, SS Rajamouli, in an interview with the Hindustan Times, said, "I needed an actress who can stand her ground between Jr NT Rama Rao and Ram Charan, both of whom are extremely talented actors. She can be innocent, vulnerable yet be extremely resilient. That is the reason I went for her."

Referring to the ongoing nationwide lockdown due to the coronavirus pandemic which has delayed the shoot of the film, SS Rajamouli said, "The shoot with Alia which was supposed to happen this month got cancelled due to the pandemic. We need to re-work the dates and schedules. I am looking forward to working with her." He also revealed a small detail about the storyline saying, "Alia Bhatt is not in a love triangle with Ram Charan and Jr NT Rama Rao in RRR."

When asked about his casting choices and his cast ensemble that stars well-known faces from pan-India film industries, the filmmaker said, "In a large-scale film it is very important that there is a perfect balance between art and commerce. One cannot be sacrificed for the sake of the other. Yes, it is also very good that their star status helps the pan India appeal."

RRR is Rajamouli's first project since he directed the 2017 superhit Baahubali 2: The Conclusion. The film went on floors in November, 2018.