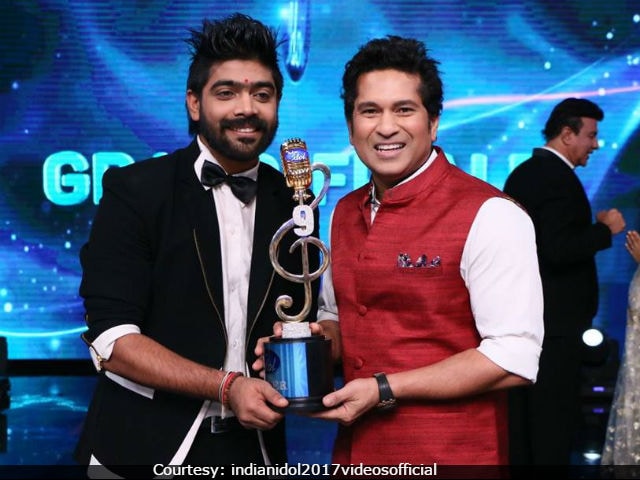 New Delhi: Hyderabad-based L V Revanth was announced as the winner of singing reality show Indian Idol Season 9 on Sunday. Revanth, who has sung the popular song Manohari in Baahubali: The Beginning, was given the Indian Idol trophy along with a contract with Universal Music and Rs 25 lakh. "Right now I am on cloud nine. I am very happy for winning the show. I would say that my life has just began right now. It's not easy to win that title being a south Indian singer. I saw this show as a big opportunity. The four-month journey in this show has completely changed my life," Revanth told news agency IANS. Khuda Baksh, who hails from Punjab, was declared the first runner-up while Hyderabad-based PVNS Rohit was declared the second runner-up.

Cricketer Sachin Tendulkar also attended the finale along with his wife Anjali Tendulkar and daughter Sara Tendulkar. He has collaborated with singer Sonu Nigam, also the judge of Indian Idol 9 for his debut track Cricket Waali Beat. The song was unveiled last night.

Finale of @indianidolS9 n @WhoSunilGrover is killing it!! Hav laughed enough for the whole year!

Promoted
Listen to the latest songs, only on JioSaavn.com
Choreographer-filmmaker Farah Khan, Sonu Nigam and music composer Annu Malik, who kick-started the Indian Idol journey as judges in the first two editions, returned on the panel for the ninth season. The show was hosted by Karan Wahi and Paritosh Tripathi.