"Nobody is as cool and as warm as you are," wrote Mira 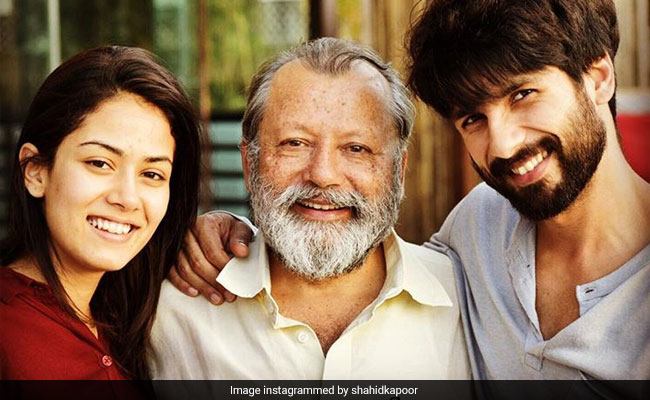 Happy birthday, Pankaj Kapur! On the actor's 66th birthday, the most quirky and special birthday wish came from his daughter-in-law, Mira Rajput. In case you are wondering what she did, Mira added a touch of humour to her birthday note and gave it a mango twist. She shared a black and white click, which captures Pankaj, his wife Supriya Pathak, his son Shahid Kapoor and Mira in a candid moment. Pankaj and Supriya Pathak can be seen laughing with all their heart in the beautiful picture. "Happy birthday, Dad. Nobody is as cool and as warm as you are. In a family of Alphonsos, we're the Safedas!" wrote Mira in her birthday wish for her father-in-law.

She also added a sweet note on behalf of her kids - daughter Misha and son Zain - and wrote: "To the bestest 'Baba,' we love you." Check out Mira Rajput's mango-licious birthday post for Pankaj Kapur here:

Happy Birthday Dad Nobody is as cool and as warm as you are In a family of Alphonsos we're the Safedas! To the bestest 'Baba', We love you

Shahid Kapoor is Pankaj Kapur's son with his first wife Neelima Azeem. The Office Office actor married Supriya Pathak in 1988 and the couple are parents to a daughter and a son.