"I Was So Ugly": Kim Sharma Reacts To Preeti Jhangiani's Throwback Pics From Mohabbatein Set 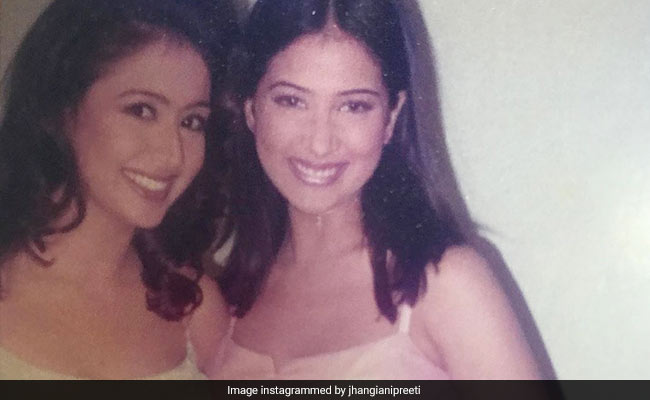 Actress Preeti Jhangiani, in a throwback mood, made a trip down memory lane and dug out two pictures from the sets of her 2000 film Mohabbatein. The actress co-starred with Amitabh Bachchan, Shah Rukh Khan, Aishwarya Rai, Kim Sharma, Jimmy Sheirgill, Uday Chopra, Jugal Hansraj and Shamita Shetty in the Aditya Chopra-directed film. In one of the pictures, Preeti can be seen posing with late filmmaker Yash Chopra (who produced the film), Kim Sharma and her mother Menka Jhangiani in Switzerland while the second one features the actress with Kim Sharma. Not just the pictures but Kim Sharma's comment on Preeti's post also grabbed our attention. Sharing the throwbacks on Tuesday, Preeti wrote: "Major throwback from the sets of Mohabbatein with the iconic Yash Chopra and all the Mamas!" and within an hour, Kim Sharma commented: "Why I was so ugly."

Major #throwback From the sets of #mohabbatein with the iconic #yashchopra and all the Mamas ! @myswitzerlandin @yrf

And here's what Kim Sharma commented:

Kim Sharma made her debut with Mohabbatein and went on to star in several films such as Nehlle Pe Dehlla, Tom, Dick And Harry, Kehtaa Hai Dil Baar Baar and Padmashree Laloo Prasad Yadav. She was last seen in Sushmita Sen's Zindaggi Rocks, which released in 2006. Kim Sharma also made a special appearance in SS Rajamouli's Magadheera.

Preeti Jhangiani, who also made her Bollywood debut with Mohabbatein, has worked in several Hindi, Telugu, Malayalam and Kannada films.