'I Am Working 350 Days A Year, Would Like To Take A Break,' Says Pankaj Tripathi

"Digital medium is turning out to be an advantage for actors like me," said Pankaj Tripathi 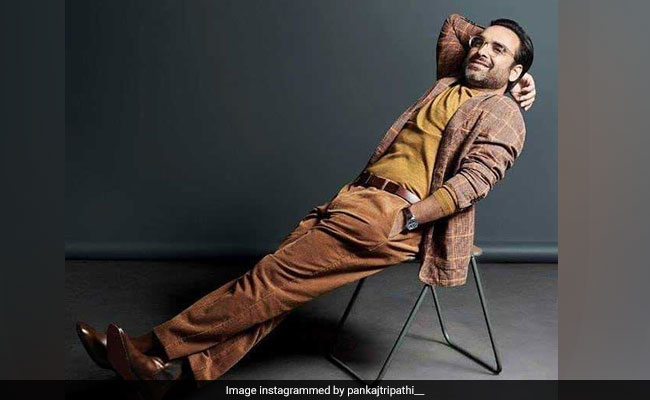 Last few years have been really busy for Pankaj Tripathi with back-to-back releases as well as outings on the digital platforms but the actor says he would like to slow down a bit as he does not want to get "repetitive". Pankaj Tripathi, who has an equally busy 2019 lined up for him, says he wants to assess where his career is heading.

"I have already shot for about eight to ten films and web shows. I am constantly working. I do not count how many films or series I am doing in a year. Out of 365 days I am shooting 350 days but now I want to take a break, take a holiday and enjoy life. I want to take a break next year and think about what I should do workwise," Pankaj told PTI.

In 2019, he has already featured in two films -Luka Chuppi and The Tashkent Files and he will also be seen in Drive and Hrithik Roshan's Super 30. Pankaj says one of the reasons to take things slow is because he does not want to become "monotonous" and "repetitive" with his performances.

"I am worried about going in that direction. I try to pick the best from what is offered to me and then with roles also I try to add something new. There is a constant conflict to not become repetitive."

With his nuanced-yet-grounded performances, Pankaj Tripathi has managed to strike a chord with audiences and the actor feels happy that they look forward to his roles. "The connect that I have with the audience comes from my hardwork and sincerity towards my craft. And also because of the opportunities that I have had. I have been able to engage with my audiences. They observe my performances minutely. They think I will do some magic on screen. They like me because I don't do over-the-top acting," he adds.

The actor is currently in a happy space as his Hotstar's web-series Criminal Justice has been lauded by both the critics and audiences. He will next be seen in the season two of Sacred Games, where he is set to play a key role.

For an actor like him, the actor says digital medium has emerged as a great space. "In films, we depend on box office opening to determine whether a film is a hit or not, but there is no such thing on the web. The parameter of a hit or a flop is on the performance. "Digital medium is turning out to be an advantage for actors like me. Gimmicks don't work here, performance and a good story matter.