"Hollywood Is Just Spineless": Jim Carrey, Straight-Up On The Will Smith Slap

"You do not have the right to walk up on stage and smack somebody," said Jim Carrey 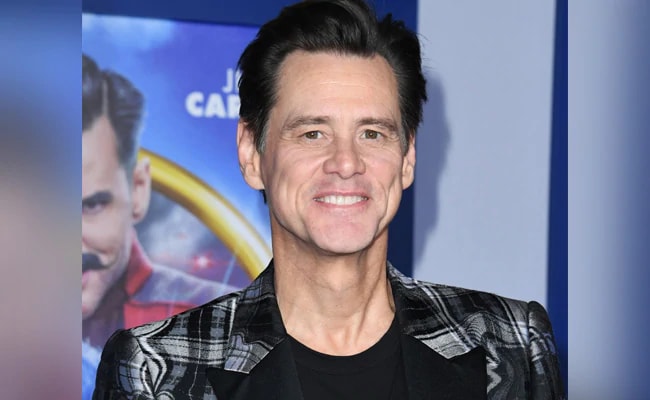 A throwback of Jim Carrey at the screening of Sonic The Hedgedog . (Image courtesy: AFP)

Ever since Will Smith and Chris Rock's unpleasant exchange during the 94th Academy Awards took place, celebs, much like Twitter, have been speaking out and about the controversy. Jim Carrey is the latest addition to the list. During his appearance at CBS Mornings, the actor-comedian told Gayle King on the show, "I was sickened. I was sickened by the standing ovation, felt like Hollywood is just spineless en masse," referring to the moment when Will Smith went to the stage to receive the Best Actor award for his role in King Richard and was given a standing ovation for winning his first ever Oscar even though he slapped Chris Rock on stage minutes earlier. He added, "And it just - it really felt like, 'Oh, this is a really clear indication that we're not the cool club anymore." He added that had he been in Chris Rock's position, he would have "sued" Will Smith.

"I'd have announced this morning that I was suing Will for $200 million because that video was going to be there forever," said Jim Carrey. "It's going to be ubiquitous. You know, that insult is going to last a very long time. If you want to yell from the audience and disapprove or show a disapproval or say something on Twitter or whatever - you do not have the right to walk up on stage and smack somebody in the face because they said words," Jim Carrey said on the show.

Will Smith clearly made more headlines for his episode with Chris Rock at the 94th Academy Awards than his first ever Oscar win for his performance in the film King Richard. When Chris Rock appeared on the stage to present the award for Best Documentary Feature, he made a joke about Will Smith's wife and actor Jada Pinkett Smith being in "G.I. Jane" because of her appearance, which triggered the The Pursuit Of Happyness actor, who hit Chris Rock and returned to his seat and yelled, "Keep my wife's name out of your f*****g mouth." Later, while receiving the Best Actor trophy, Will Smith apologised to the Academy and its nominees.

Will Smith, who exclusively apologised to the Academy and the nominees on Monday, posted a public apology on Instagram, addressing Chris Rock, the Williams family and the Academy. Meanwhile, Chris Rock has declined to file a police report, the Los Angeles Police Department said.

Jim Carrey famously starred in films like The Mask, The Truman Show, Dumb And Dumber and Bruce Almighty. He also featured in films such as Liar Liar, Eternal Sunshine Of The Spotless Mind, Man On The Moon and Kick-Ass 2 among many others.