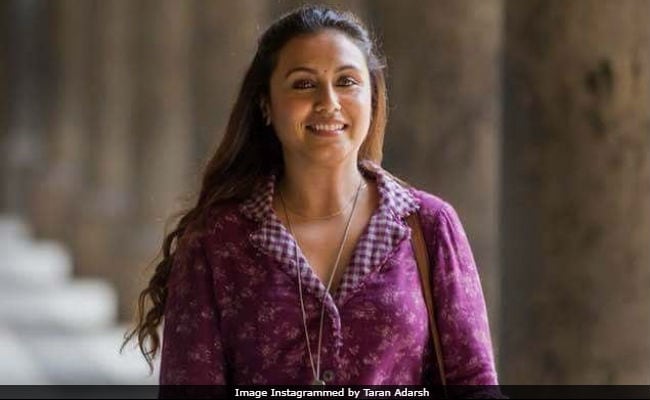 In the film, Rani Mukerji plays a school teacher Naina Mathur, who suffers from a nervous system disorder that forces an individual to make involuntary repetitive movements. The film also stars an ensemble cast of actors playing students including Rohit Saraf, who played Alia Bhatt's brother in 2016 film Dear Zindagi.

Hichki survived through two big releases - Ajay Devgn's Raid and Luv Ranjan's Sonu Ke Titu Ki Sweety - at the box office but will it make through Baaghi 2's release this week? We hope it does.

Promoted
Listen to the latest songs, only on JioSaavn.com
The film has garnered positive response from the audience and several of Rani Mukerji's colleagues including actor Anil Kapoor, who was one of the first celebrities to review her film. Mr Kapoor wrote on Twitter, "Watched Hichki last night and absolutely loved it! The whole team has done an exceptional job especially the kids and Neeraj Kabi! And Rani you are my new favourite teacher! Your performance has left me speechless!"

Hichki is directed by Siddharth P Malhotra and is co-produced by Yash Raj Films and Maneesh Sharma.