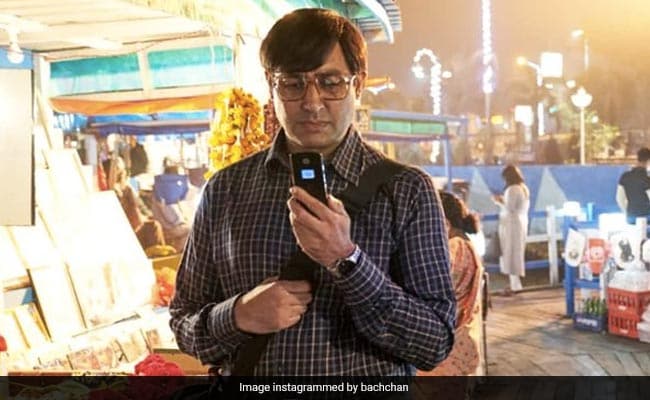 There's one day left to the release of Abhishek Bachchan's thriller Bob Biswas. The actor is all set for the film's release. On Thursday, Abhishek Bachchan shared a film still, in which he can be seen dressed as Bob Biswas with a phone in his hand. In the interactive post, Abhishek Bachchan tagged an Instagram page, the name of which was "tu_toh_gaya_re." The actor wrote in his caption: "Tap on the phone to see what message has Bob received." The actor added a subtle reminder that the film is releasing tomorrow and added the hashtag #BobBiswastomorrow.

In a recent interview with NDTV's Rohit Khilnani, Abhishek Bachchan talked about the challenges he faced while playing the role and said, "The physicality was a challenge. I had become 105 kilos to play Bob Biswas and to maintain that during the lockdown was very difficult. It's a good 15-20 kilos more than I am used to carrying on my body. It's just very inconvenient."

Bob Biswas is a standalone film on the character, which was first introduced by Sujoy Ghosh in his 2012 film Kahaani. Abhishek Bachchan, who takes over the role originally played by Saswata Chatterjee in the 2012 film Kahaani, featuring Vidya Balan in the lead role.

Bob Biswas is slated to release on December 3 on streaming platform Zee5. In the film, Abhishek Bachchan features as a hitman, who loses his memory after coming out of a coma. The film also features Chitrangda Singh as his wife.