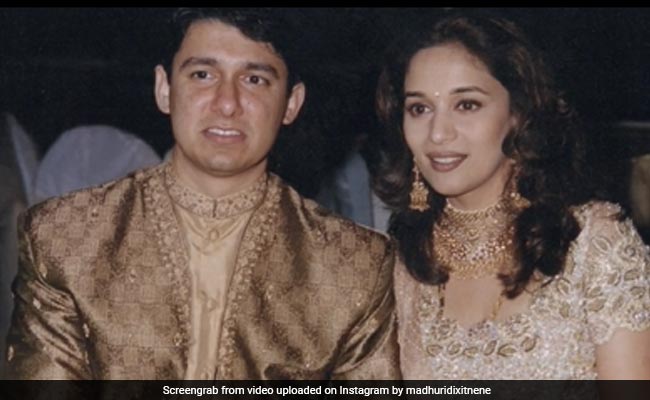 Happy anniversary, Madhuri Dixit and Shriram Nene. The actress and her husband celebrated their 22nd wedding anniversary on Sunday and on the occasion, they lit up Instagram by sharing beautiful throwback pictures of themselves. Some of the photos are from Madhuri Dixit and Shriram Nene's wedding, which took place on October 17 in 1999, while others featuring them chilling with their sons Arin and Raayan. A few images are also from the actress and Shriram Nene's vacations and outings. Sharing different picture collages in the form of videos on their respective Instagram profile, the couple wished each other in the most adorable way.

"22 Magical years of togetherness, Shriram Nene," wrote Madhuri Dixit while her husband's caption read: "Time flies when you're having fun and that's exactly how I feel about the 22 beautiful years that I've spent with you. Home is wherever you are and I'm so grateful for the amazing life and home that we have built together. Happy Anniversary to the most beautiful woman in the universe both inside and out, my soulmate, my MD, and my better half, here's to many great years ahead."

See how Madhuri Dixit and Shriram Nene wished each other on their 22nd anniversary: