"I think he has quit acting. There's a fight for it and he's left the fight," Akshay Oberoi said about Imran Khan 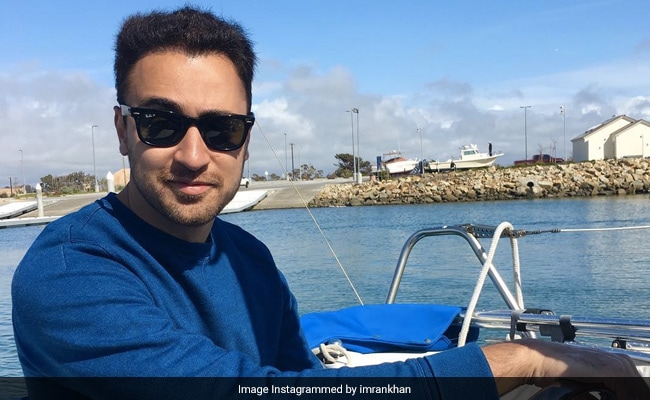 Imran Khan, who was last seen in 2015 movie Katti Batti, has "quit" acting, according to his friend, actor Akshay Oberoi. In a recent interview with Navbharat Times, Akshay Oberoi described himself and Imran Khan as thickest of friends and said they have known each other for 18 years, they are 4 am call buddies and even went to the same school as kids. When asked if Imran Khan's career as an actor has taken a downward turn, Akshay Oberoi told Navbharat Times: "Every actor has flop films. I have so many flops. You have to keep trying. Sometimes films do well, sometimes they don't... no matter how big a star you are or if you are a newcomer. I think he has quit acting. There's a fight for it and he's left the fight. If you have left the fight, you are no longer in the game."

Akshay Oberoi hinted that Imran Khan deliberately distanced himself from acting to explore other options such as directing or ever writing: "When things weren't going to well, he left acting because perhaps he wasn't as attached to acting as he is to directing or with films or writing. So, I think he has taken a decision for himself and I really appreciate it."

In 2008, Imran Khan made his debut in Bollywood with Jaane Tu... Ya Jaane Na, which was well-received by the audience. Since then, he starred in films such as Luck, I Hate Luv Storys, Mere Brother Ki Dulhan, Break Ke Baad, Ek Main Aur Ekk Tu and Matru Ki Bijlee Ka Mandola, none of which left an impression on the box office. Delhi Belly and Once Upon a Time in Mumbai Dobaara! were two of Imran Khan's best known films. He was last seen opposite Kangana Ranaut in 2015's Katti Batti.

In 2018, Imran Khan made his debut as a director with Mission Mars: Keep Walking India, which was inspired by India's Mission Mangalyaan. Imran Khan and Avantika Malik dated for several years and married in 2011 - they reportedly separated sometime last year. Their daughter Imara was born in 2014.