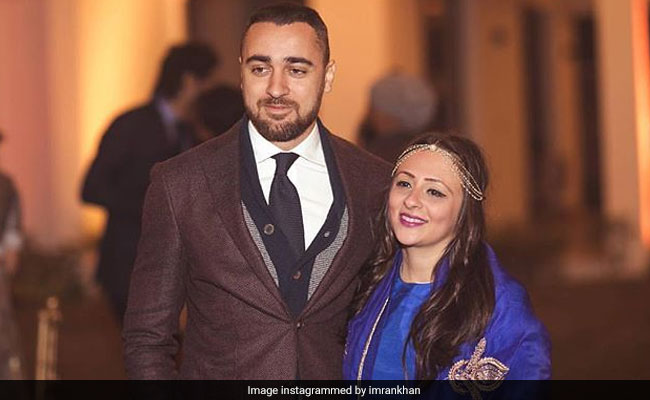 Actor Imran Khan and his reportedly estranged wife Avantika Malik found a spot on the list of trends after a (now deleted) Instagram post, in which Avantika quoted musician Morgan Harper Nichols talking about the 'need to walk away,' went viral on social media, reported news agency IANS. Avantika shared a lengthy quote attributed to Morgan Harper Nichols on her Instagram story and wrote, "Needed to see this today," which resurrected rumours that Avantika and Imran are considering divorce. The quote read, "Sometimes, you have to walk away. You have to look at the things you're giving energy to and realize that even though you could stay, and try to win their approval or try to make it up their ladder, you could also make the brave choice to take whatever energy you have left to a space that welcomes you. You may still need to walk away, trusting there is so much more ahead of you." Avantika Malik deleted the post soon after she shared it, possibly because of comments flooding in.

Imran Khan and Avantika Malik's marriage has reportedly been on the rocks for a while now, according to unconfirmed rumours that filled the tabloid press in May. Soon after, when Imran Khan was asked at an event if the rumours were true, the actor replied, "How can you ask such a question at an event like this?" Later, Avantika Malik's mother Vandana told IN.com that Imran and Avantika were trying to sort out their differences and that they had not filed for divorce yet.

Also in May, it was reported that Avantika Malik had moved out of the couple's Pali Hill home with their daughter Imara. After that, most of Avantika's posts on social media documented her stint at London's European Bartender School and her life as a mixologist in Mumbai restaurant Mizu, which she co-owns with her brother Vedant.

Imran Khan and Avantika Malik dated for several years and married in 2011. Their daughter Imara was born in 2014.