Harry Potter Reunion: What The Makers Said After The Emma Watson Oopsie 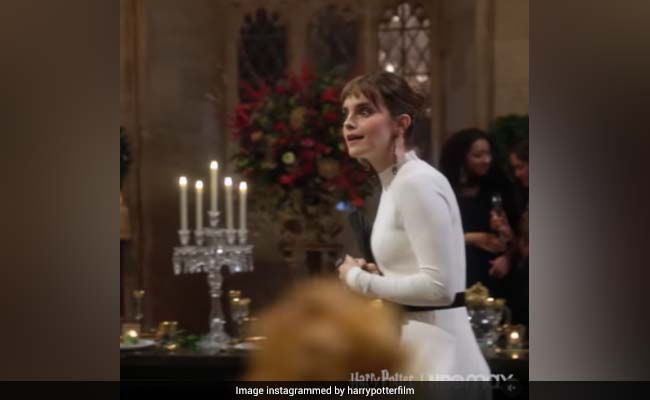 Emma Watson in a still from the reunion. (courtesy: harrypotterfilm)

Even a few days after the Harry Potter 20th Anniversary: Return To Hogwarts aired on Amazon Prime Video and HBOMax, it has been trending and how. This time, however, it is because of a mistake made by the makers of the reunion, which did not got unnoticed by Harry Potter fans. In the reunion, the makers accidentally used an image of American Horror Story actor Emma Roberts instead of Emma Watson aka Hermoine Granger. After a section of the Internet pointed out the mistake across social media platforms, the producers of the reunion told Fox News, "Well spotted Harry Potter fans! You brought an editing mistake of a mislabeled photograph to our attention. New version is up now."

The Harry Potter series of films, distributed by Warner Bros, were based on JK Rowling's famous novels. The film made stars of its principle characters Harry Potter (Daniel Radcliffe), Ron Weasley ( Rupert Grint), Hermione Granger (Emma Watson) and Professor Severus Snape (late actor Alan Rickman, who was already a popular name due to his works in the English theatre circuit and his role in the iconic Die Hard), among many others. The final part of the series released on released in July 2011.