"I just wish I had been born 10 years earlier," read an excerpt from the letter 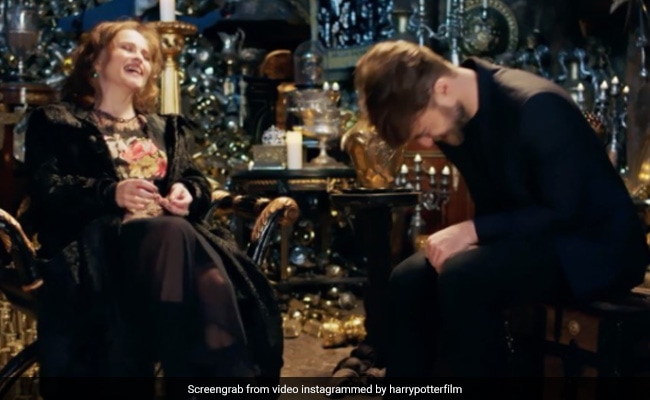 Helena Bonham Carter and Daniel in a still. (courtesy: harrypotterfilm)

So the much-awaited Harry Potter 20th Anniversary: Return To Hogwarts aired on Amazon Prime Video and HBOMax and Harry Potter stars spilled the beans on many subjects. For starters, Emma Watson had a crush on Tom Felton when they were younger. The 'boy who lived' aka Harry Potter, aka Daniel Radcliffe had a crush on Helena Bonham Carter, who starred as Death Eater Bellatrix Lestrange in the film. During the reunion, Daniel revealed that he had a crush on her and even wrote a letter to her. Helena asked Daniel to read the letter that she brought along. "Dear HBC, It was a pleasure being your costar and coaster in the sense that I always ended up holding your coffee," read the letter.

Daniel joked about his "coaster" pun and continued to read the letter that read: "I do love you And I just wish I had been born 10 years earlier I might have had a chance. Lots of love and thanks for being cool."

The Harry Potter series of films, distributed by Warner Bros, were based on JK Rowling's famous novels. The film made stars of its principle characters Harry Potter (Daniel Radcliffe), Ron Weasley ( Rupert Grint), Hermione Granger (Emma Watson) and Professor Severus Snape (Alan Rickman, who was already a popular name due to his works in the English theatre circuit and his role in the iconic Die Hard), among many others. The final part of the series released on released in July 2011.