"Thank you to everyone for your messages checking up on me and all your love and prayers as always," wrote Afshan Azad 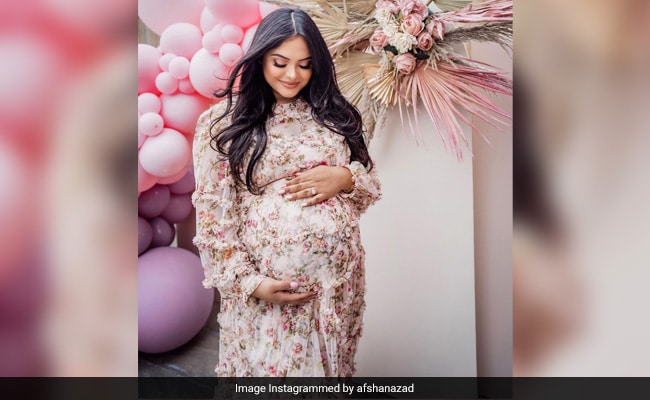 Remember Padma Patil, the Ravenclaw member from the Hogwarts School of Witchcraft and Wizardry? To be more precise, Harry Potter's plus one during the ball in Goblet Of Fire part ? Well, she is a mom now. Afshan Azad, who famously starred as one of the Patil twins in the screen adaptation of JK Rowlings's Harry Potter series, welcomed a baby girl and she shared the big news on Monday on her Instagram profile. Afshan Azad wrote in her post: "By the grace of God our princess is finally here! We've been in this ultimate bubble of love and awe of her since she joined us Earth-side last week. God has blessed us with the most perfect, beautiful precious gift, Allah Humma Barik."

The actress added in her post: "I'll probably be gone for a while to recover and rest and enjoy every single second and moment of this unexplainable feeling but I'm sure I'll be back soon. Thank you to everyone for your messages checking up on me, and all your love and prayers as always ."

Afshan, who welcomed her first child with husband Nabil Kazi, announced her pregnancy with this super cute post in April this year.

The Harry Potter series of films, distributed by Warner Bros, were based on JK Rowling's famous novels. The film made stars of its principle characters Harry Potter (Daniel Radcliffe), Ron Weasley ( Rupert Grint), Hermione Granger (Emma Watson) and Professor Severus Snape (Alan Rickman, who was already a popular name due to his works in the English theatre circuit and his role in the iconic Die Hard), among many others. The final part of the series released on released in July 2011.

Jennifer Lopez Is A Ray Of Sunshine In New Pics. See What She Posted