"Hamstring Be Dam*ed": Amitabh Bachchan Tweets After Wrapping Two Days Of Work In A Day

"What had been scheduled for two days, was completed in one day," Big B wrote in his official blog and added precautions were taken during the shoots 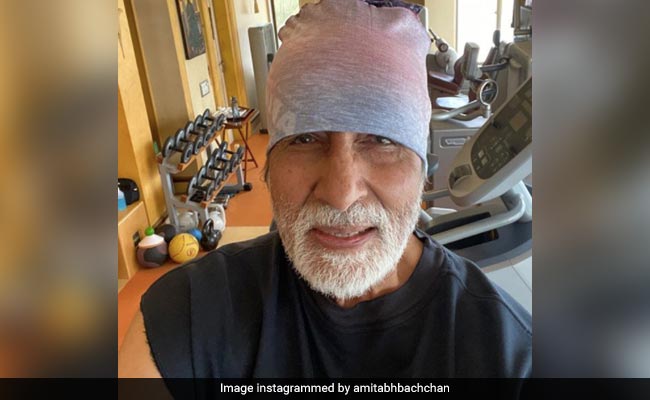 Amitabh Bachchan, who cannot stay away from work, wrapped his two-day schedule in a single day and came back home with what appears to be a "painful" hamstring muscle. In a tweet around 2 am on Wednesday, Mr Bachchan wrote: "Just back from work... hamstring be da**ed" and elaborated on his condition in an update on his official blog. Anticipating queries about going to work when there's a nationwide lockdown, Big B adding a detailed disclaimer that proper precautionary measures were in place on the sets. Mr Bachchan also said he not only shot for the new season of Kaun Bangea Crorepati but also filmed a few videos applauding COVID-19 warriors. He started working at 6 pm on Tuesday evening, which ended late at night. "So, yes I worked. Got a problem with that? Keep it to yourself then. Da**ed if you pour it out here in this locked in condition. Sufficient precaution as much that could be taken was taken and what had been scheduled for two days, was completed in one day, starting 6 pm, ending a short while now!"

T 3522 - Just back from work .. hamstring be damned .. social messaging videos .. acknowledging the 'angels' videos .. giving commendation to them that work so we exist .. and the invitations to the new season of KBC ..
The show goes on ..
heavy in heart , to all ..

Just a day earlier, in his blog post dated May 4-5, Big B wrote he was in "pain": "Need to stand, move, walk about. The gluteus restored hamstring is in concussion... in a sudden move last night and the stability of the walk suffers... pain excruciatingly notwithstanding... it's damning because all was well and comfort... On standby again."

"In all about 10 to 12 videos and then hours of audio recordings also for the same - KBC. And the speculation as to how they shall conduct it... there have been no definite answers for that but the authority hopes well and long," Big B added in his post. Registrations for Kaun Banega Crorepati will be open from May 9 to May 22, after which, the final contestants will be selected via digital screenings and interviews.

"For the first time in the history of KBC, the entire screening and selection will be managed digitally... This is the season of firsts and we are confident that this season will redefine the power of knowledge," Amit Raisinghani, Head - Business Planning and Communication, Sony Entertainment Television said in a statement, reported PTI.

On the work front, Amitabh Bachchan has films such as Brahmastra, Gulabo Sitabo, Jhund and Chehre in the line-up.