"Gully Boy" Is India's Official Entry For The Oscars

Gully Boy showcases Murad's journey from the slums of Dharavi to the centrestage of rap. 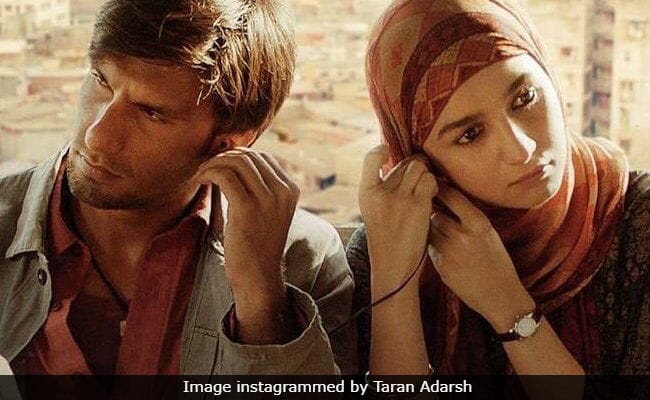 Zoya Akhtar's Gully Boy is India's official entry for the 92nd Oscars. Zoya's filmmaker brother Farhan Akhtar announced the big news on social media on Saturday. "Gully Boyhas been selected as India's official entry to the 92nd Oscar Awards,he tweeted. The film features Ranveer Singh and Alia Bhatt in the lead roles. The film showcases the story of an aspiring rapper named Murad ( Ranveer Singh), who dreams of making it big in the Inidan music industry. Alia Bhatt plays his love interest in the film. The film also features Kalki Koechlin, Siddhant Chaturvedi, Vijay Raaz and Vijay Varma in pivotal roles. The film is inspired by the lives and work of rappers Naezy and Divine.

#GullyBoy has been selected as India's official entry to the 92nd Oscar Awards. #apnatimeaayega
Thank you to the film federation and congratulations #Zoya@kagtireema@ritesh_sid@RanveerOfficial@aliaa08@SiddhantChturvD@kalkikanmani & cast, crew and hip hop crew. pic.twitter.com/Eyg02iETmG

Meanwhile, Kalki Koechlin, who also starred in the film, tweeted, "Wow! That is just the best Saturday evening news!"

Woweeeeeeeee!!!!!!! That is just the best Saturday evening news! https://t.co/h5MRa2kQlr

Gully Boy was zeroed in from a list of 27 film."There were 27 films in the running this year but it was an unanimous decision to select Gully Boy," FFI secretary general Supran Sen told news agency PTI. This year, the selection comittee was lead by actor-filmmaker Aparna Sen. .

The film was co-produced by Ritesh Sidhwani and Farhan Akhtar. Gully Boy emerged as a hit at the Indian box office. The film even performed well in the international arena. The film recieved the Promotion of Asian Cinema (NETPAC) Award at the 23rd Bucheon International Fantastic Film Festival (BIFAN) in South Korea. It even won the Best Film Award at Indian Film Festival of Melbourne (IIFM), this year. The film also premiered at the Berlin Film Festival.

The musical traces the scenario of homegrown rap explored through the struggles and triumphs of its protagonist Murad, played by Ranveer Singh. Gully Boy showcases Murad's journey from the slums of Dharavi to the centrestage of rap.