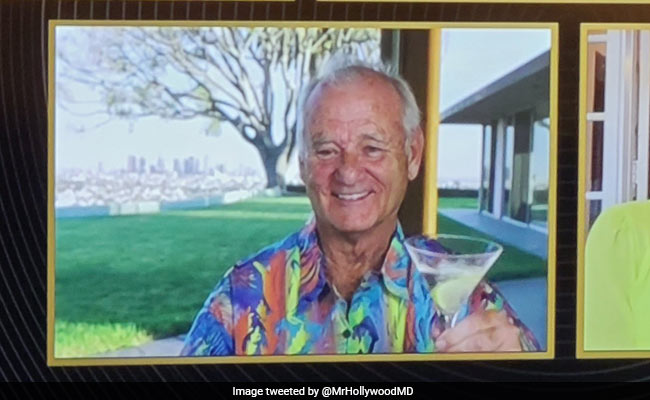 While the rest of the nominees were figuring out how to make their virtual  Golden Globes experience as glam as they could from the comfort of their own home, Bill Murray went in the opposite direction. Nominated for Best Supporting Actor (Film) for his work in On The Rocks, the 70-year-old actor's OOTD grabbed the Internet's attention and kept it. If it had been a regular in-person award show complete with red carpet, Bill Murray would have been in a suit (probably); but he was at home, just like everyone else, so the actor mustered up his peak Bill Murray look - a Hawaiian shirt accessorized with a martini. He lost to Daniel Kaluuya, star of Judas And The Black Messiah, but if a Best Vibe award existed, it would have been Bill Murray's no contest.

For the Internet, this OOTD was the definition of cool. A Twitter user aptly summed up the mood with these words: "Bill Murray is all of us after working from home for the past year." Like we said, Twitter users thought Bill Murray's look was the "coolest" thing by far. "So far this is my favorite thing! Yes! #PlayingItCool,"added another fan of his look.

Bill Murray is all of us after working from home for the past year #goldenglobes#billmurraypic.twitter.com/qxGgDTcUNS

So far this is my favorite thing!! Yes! #PlayingItCool#BillMurray
Martinis and fashion! #GoldenGlobespic.twitter.com/4JwGbAG7Mr

This is what I want to be when I'm the same age as #BillMurray#GoldenGlobespic.twitter.com/rm4KzoNxzw

#BillMurray is a full vibe #GoldenGlobes

Bill Murray's "vibe" factor echoed everywhere on Twitter. "OMG! Bill Murray with his martini in the corner of the screen is such a vibe," this tweet for example.