Ghoul Trailer: Radhika Apte's Prisoner Is Not What He Appears To Be 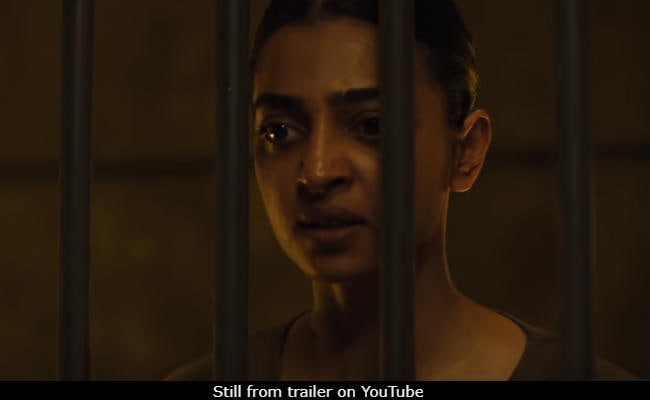 A still from the trailer of Ghoul (courtesy YouTube)

Ghoul, the upcoming Netflix mini-series starring Radhika Apte, is not for the faint-hearted, reveals a new teaser trailer released on Thursday. The brief video is actually a glimpse of the three-part series' interesting storyline - Radhika Apte features as an interrogating officer named Nida Rahim, who works at a military interrogation centre. The teaser trailer is sort of a follow-up to the first trailer, which shows that Nida has been assigned the task of interrogating a deadly criminal mastermind named Ali Saeed. While the first trailer revealed the involvement of supernatural happenings in Ali Saeed's prison cell, the second one sort of simplifies the mystery but in a rather scary-as-heck manner.

The new trailer begins with Nida asking one of the prisoners about the true identity of Ali Saeed, who has been kept in solitary confinement. The prisoner, who appears to be shaken to the core, replies: "Arabic legends tell tales of the Ghoul. The Ali Saeed imprisoned in your cell is not human." Soon, the scene shift to inside the special cell and a prisoner can be seen drawing cryptic signs with blood on the floor - the narration appears to decode the situation and reveals the markings are actually to summon a ghoul in return of one's soul.

Ghoul also stars Tumhari Sulu actor Manav Kaul, who plays the role of another officer name Dacunha. Ghoul marks Radhika's third Netflix original project after Lust Stories and Sacred Games and also marks her third collaboration with Anurag Kashyap, who directed her in Lust Stories and then in Sacred Games. The mini-series has been created by Patrick Graham and co-produced by Jason Blum, the maker of the Paranormal Activity series and the Insidious chapters.

Ghoul is all set to arrive on Netflix on August 24.