Freud Review: Fiction Puts History In The Shade In This Netflix Series

Freud Review: Is Freud worth a watch? Weather the parts that are a slog - there are quite a few - and it will yield ambitious passages. 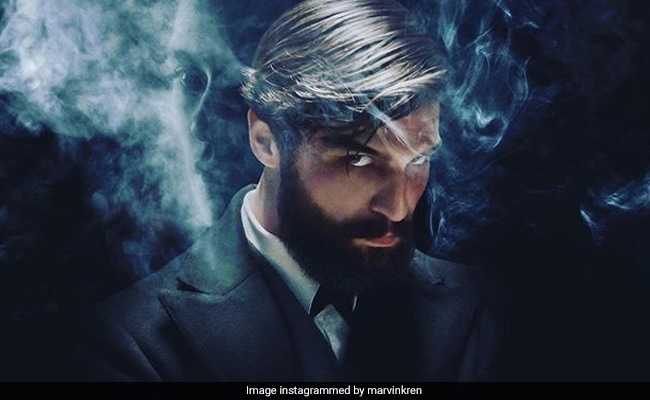 Freud Review: A still from the show (courtesy marvinkren)

Fiction puts history in the shade by a fair distance and flights of fancy overshadow the dynamics of clinical psychoanalysis in Freud, an eight-episode Netflix original series. It places the revolutionary Austrian neurologist at the centre of the action but isn't a precise account of his life by any stretch of the imagination.

Freud is doubtless the principal character in this crime-and-psychology yarn, but he isn't the wizened, white-bearded egghead imprinted on the global consciousness but a wayward, vulnerable, cocaine-swigging man in his late 20s grappling with a floundering career, the ridicule of the medical establishment, and a series of killings that rock a Vienna where murderers and maniacs roam free.

The creators of the German-language series - Austrian director Marvin Kren (4 Blocks) and co-writers Benjamin Hessler and Stefan Brunner - weave a fanciful 1880s-set tale around the maverick doctor's early struggles to secure mainstream acceptance for his radical theories. He is desperate to make his mark and convince the world that the cure of a mental disorder does not lie in treating the brain as a physical entity but in digging into the depths of the unconscious mind through hypnosis. 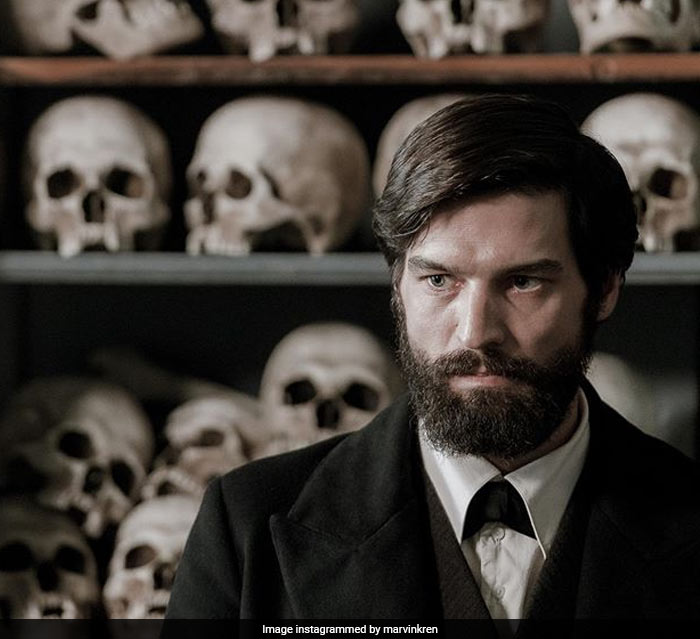 The challenges Sigmund Freud faces are personal, too. He is addicted to cocaine - "it's stimulative," he says. His fiancee Martha (Mercedes Muller), to whom he writes letters that reveal his inner turmoil, faces opposition from her family to the relationship. Sigmund defaults on rent and is threatened with eviction by the landlord. He is at constant war with medical researchers who make no secret of their disdain for him. His detractors call him "a Jewish charlatan".

We have a hero here who is more than a mere doctor. He has to fight bitter battles on several fronts: in his tormented mind, in his area of work, in the Viennese underworld, and in the larger contemporary historical sphere. His flaws are all too apparent, but he soldiers on with single-minded commitment. The period drama is filmed in a manner that is not only flamboyant, but also vividly imaginative. It is aided by a bunch of splendid performances from the principal actors.

In the opening sequence, we see Freud schooling his housekeeper Lenore (Brigitte Kren) to pretend to be a woman who hasn't spoken a word for 30 years since the death of her seven-year-old daughter in an accident but who, under hypnosis, regains her voice and comes to terms with her loss. The act is for a presentation the doctor has to make before 30 men of medicine. At the lecture, Lenore goofs up and Freud is laughed off the rostrum. 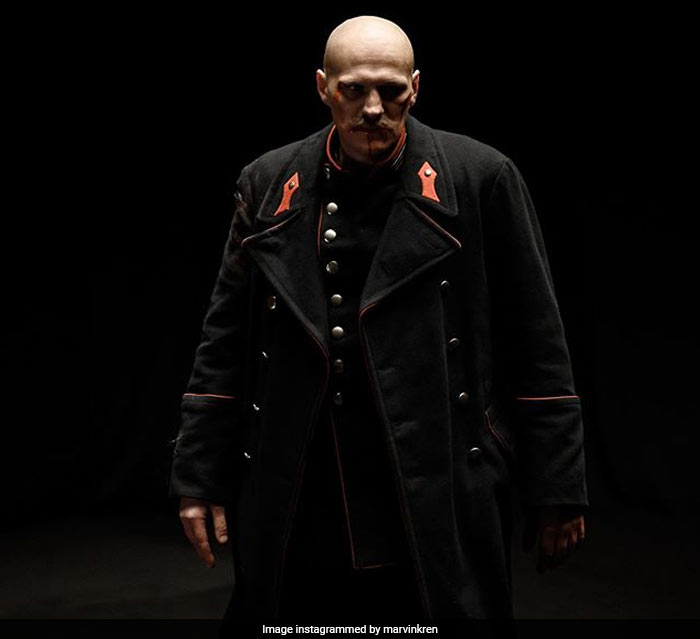 Soon after Freud's public humiliation, the mutilated body of a murdered woman ends up on his table, literally. It is brought there by two policemen, including ex-soldier Alfred Kiss (Georg Friedrich), because he happens to be the nearest available doctor.

No sooner has the mess been sorted out than Freud's friend, the writer Arthur Schnitzler (Noah Saavedra), drags him along to a seance in the home of Victor von Szapary (Philipp Hochmair) and Sophia von Szapary (Anja Kling), where the neurologist first encounters the alluring Fleur Salome (Ella Rumpf, a Swiss actress best known for her role in the 2016 French horror drama Raw). That sets the stage for Freud to get embroiled in a dangerous political conspiracy, a difficult patient who is both an opportunity and a challenge, and a rapid spiralling of animosity between members of the imperial army and the district security force.

The series ties itself up in knots at times in trying to enmesh the science of psychiatry with a 'historical' backdrop complete with "militants" plotting a daring putsch against the Austro-Hungarian royalty, using as their 'medium' a woman with the special gift of communicating with the dead and enslaving the living with a wave of a hand.

Episodes 1 and 2 are devoted to laying out the disparate plot elements. It isn't always clear to begin with what exactly is going on. But as the story unfolds and ventures into the past as a way to illuminate the present - that is, incidentally, the core principle of the therapy that Freud offers his patients - more light is shed on its various strands. The tale turns weirder and weirder, but it never loses its surface gloss. 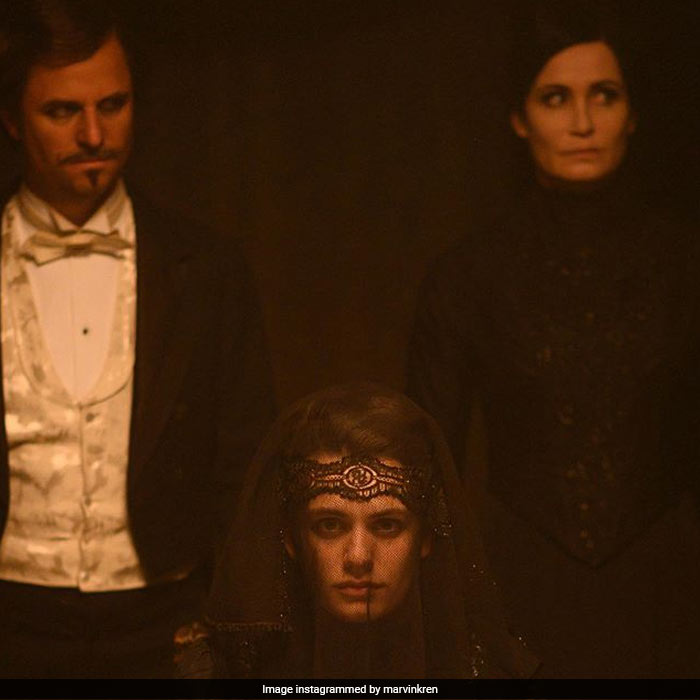 There is room aplenty here for mythic mumbo-jumbo and the writers of Freud do not hold back a whit. There is a huge workload on director of cinematography Markus Nestroy. He does his bit to lend the exercise some heft. Nestroy's evocative lighting of spaces, both open and constricted, helps sustain a fair degree of suspense, mystery and anticipation even when the proceedings tend to teeter on the edge of crushing dullness.

The story probes the darkness of the human mind and the soul and the camera, in keeping with the demands of the visual design of the oftentimes starchy series, weaves its way in and out of dimly lit alleyways and tenements to emerge into bursts of light without being overtly conspicuous and yet lending the series an illusion of momentum and semblance of solidity.

Ditto for the actors, notably Robert Finster (in the titular role), Ella Rumpf (as a Hungarian woman who triggers Freud's experiments with hypnosis as therapy) and the Berlinale Silver Bear-winning actor Georg Friedrich (playing a police inspector who draws Freud into a murder investigation), who hold their poise through the ups and downs of the drama, which alternates, often in a disorienting fashion, between the introspective and the excessive, between the high-minded and the lowbrow.

Finster plays the glum, unsmiling Sigmund Freud with impressive steadiness amid the bewildering whirligig of seances, sleuthing and secrets that he must negotiate as she searches for breakthroughs and solve the mystery of the multiplying murders.

Rumpf, in a role that offers her immense range, pulls off a tough act as a woman with a split consciousness. But the actor who delivers the standout performance is Friedrich as a tough police inspector who has to fight off demons of the mind while navigating a minefield dotted with dangerous trigger points.

Is Freud worth a watch? Weather the parts that are a slog - there are quite a few - and it will yield ambitious passages that strike a neat balance between diligent craftsmanship and flashy, old-fashioned dramatic swerves.