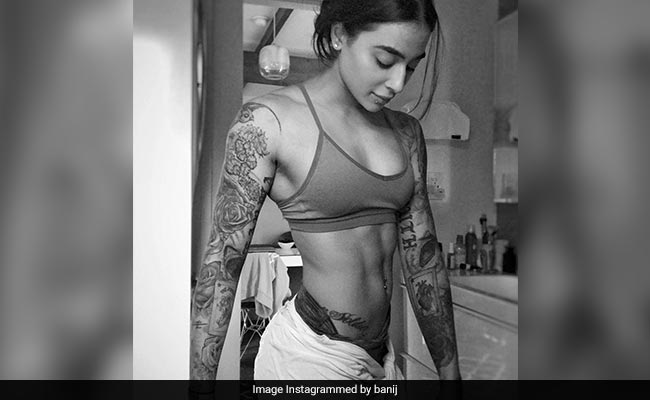 TV personality Bani J is against body shaming and says it started from the media. Speaking of body shaming towards celebrities, Bani said, "It started from media, beauty magazines back in the year 2000 where people started the constant talk of how to get flawless body and skin using certain beauty product. Fashion magazine, beauty magazine started promoting the whole thing and the unrealistic desire of getting perfect body. It was a marketing gimmick that we all bought into practice and it has become constant," added the former video jockey.

Bani, born and brought up in Chandigarh, started working at the age of 18. Since she was a very skinny youngster, she went through extensive training to build her physical strength. However, as she gained muscle as a girl, she faced criticism by people on her appearance.

When asked if that affect her confidence, Bani told IANS, "Well, I would say that people tried to humiliate me but they could not succeed because I do not care. Why should I care on the comments of people who do not know how physical training and weight lifting helped me to grow stronger mentally, physically and spiritually? They don't know anything."

"They randomly look at a girl with well-built muscles teasing 'Aye, muscle! Aye,half man!' it means that those people who taunt girls are not well exposed! They are negative," added the 31-year-old actress.

With the fashion and entertainment industry these days celebrating diversity on the ramp as well as on the big screen, asked how she looks at acceptance in the mainstream, Bani said: "Look there is a difference between accepting something for what it truly means, and doing it because it is so called -'trendy'- that's what is happening in the fashion world."

"There are people who are hanging out and clicking photographs with a certain kind of people, say, people of different shapes, size, and people who look unconventional, and then putting it on their social media pages saying 'see I celebrate diversity'... That is so just for the sake of it, gaining likes and clicks, that is so stupid."