Vanessa Marquez died at the age of 49 in Los Angeles 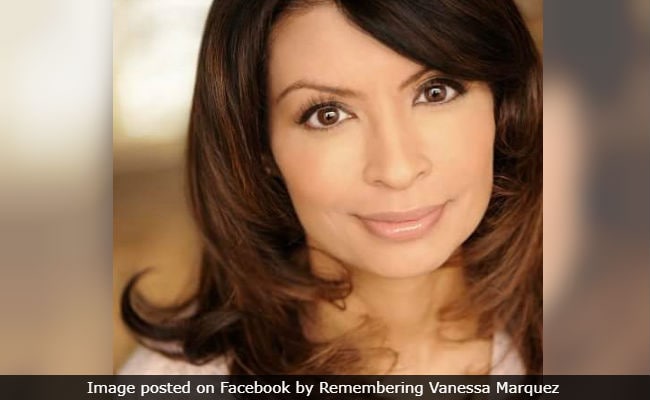 Vanessa Marquez was best-known for her performance in ER. (Image courtesy: Facebook)

Police in Los Angeles fatally shot a former actress from the show ER on Thursday after she grabbed a BB gun while they were responding to a welfare check at her apartment, authorities said.

Vanessa Marquez, 49, who played a nurse on the hit 1990s television show, died at the hospital after being shot in the torso, officials said.

The episode unfolded around 1:48 p.m. on Thursday after three police officers sought to do a welfare check on the woman along with a mental health clinician at her apartment in a three-apartment building in Pasadena. The officials found that Marquez was undergoing some medical problems, including seizures, Lt. Joe Mendoza of the Los Angeles County Sheriff's Department told reporters. According to Los Angeles Times, they had been summoned to her apartment by her landlord, who was concerned about her.

"It appeared that the female was gravely disabled," Mendoza said. Police said that the officers believed that she could be suffering from mental-health issues and said that she appeared to be unable to care for herself.

They group began to try to communicate with the woman, Mendoza said, but she was very uncooperative. They spoke with her for more than an hour and half before she eventually "armed herself," with a BB gun that resembled a semiautomatic handgun, and pointed it at officers, Mendoza said. The shooting happened on the landing at the top of the stairs to her apartment.

At least one of the officers fired, striking her in the chest, Mendoza said. He did not give details about how many shots were fired. The Times reported that there was evidence of several bullet holes at her apartment complex. The officers, who were not identified, were not injured but were undergoing routine medical examinations, Mendoza said.

Police declined to provide photographs of the BB gun that they said Marquez wielded.

At least 679 people have been fatally shot by police in 2018, according to a database maintained by The Washington Post.

Marquez had a relatively prolific acting career in the 1990s, acting in some 27 episodes of ER, the film Stand and Deliver, and other television series such as Malcolm & Eddie, Seinfeld, and Melrose Place.

Her acting career seemed to have slowed in recent decades, but she made waves in the fall when she accused George Clooney of blacklisting her after she had spoken up about alleged harassment on the set of ER. Clooney said that as an actor he had no role in the show's casting decisions.

According to Variety, Marquez said she suffered from immune disorders, including celiac disease, and that she experienced chronic pain and was "homebound."

"A person only has so much strength and I'm afraid I've used all mine up," she wrote in one of her social media posts. "Why couldn't my dream have lasted for more than just those few years?"