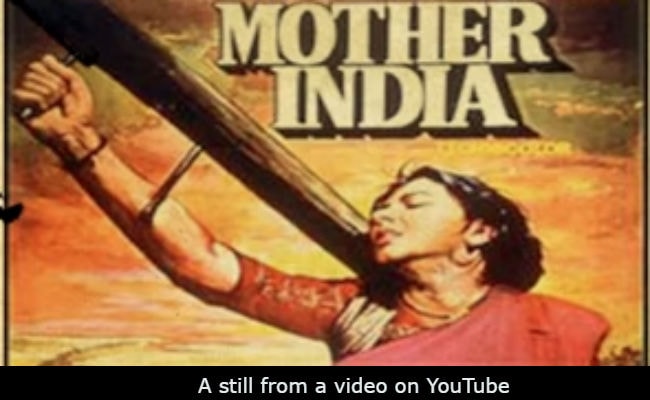 New Delhi: Actress Dia Mirza acquired an original six-sheet poster of Mother India, featuring the iconic actress Nargis Dutt recently, reported news agency IANS. The actress bought the poster as a gift to Sanjay Dutt, IANS added. Dia Mirza bid for the poster at Osian's IIFA Auction in Bangkok recently and took possession of it for a sum of Rs 145,000. The poster of the 1957 film was much in demand but the winning bid came from Dia Mirza, IANS reported. Whether Dia Mirza has handed it over to Sanjay Dutt or not is not known yet but it's not hard to guess that Sanjay Dutt will be more than happy to accept the token. Dia plays the role of Maanyata, Sanjay Dutt's wife, in Sanju, his upcoming biopic.

Mother India, directed by Mehboob Khan, was released in 1957. The film had garnered mass appreciation and is still regarded as one of the most iconic films ever made in Bollywood. Nargis Dutt won the Filmfare Best Actress Award for her role in the film a year after the film hit screens. Mother India also won the Filmfare for Best Film as well. In 1957, Mother India became the very first Indian movie to make the final five in the Best Foreign Film category for the Oscars but it lost to The Nights of Cabiria.

Promoted
Listen to the latest songs, only on JioSaavn.com
Dia Mirza has already worked with Sanjay Dutt in films like Lage Raho Munnabhai, Parineeta and Shootout at Lokhandwala. She will be back on the silver screen after a span of two years with Sanju. The actress was last seen in Bobby Jasoos.