For Praneet Bhatt, Ousted From Bigg Boss, Impossible is Nothing 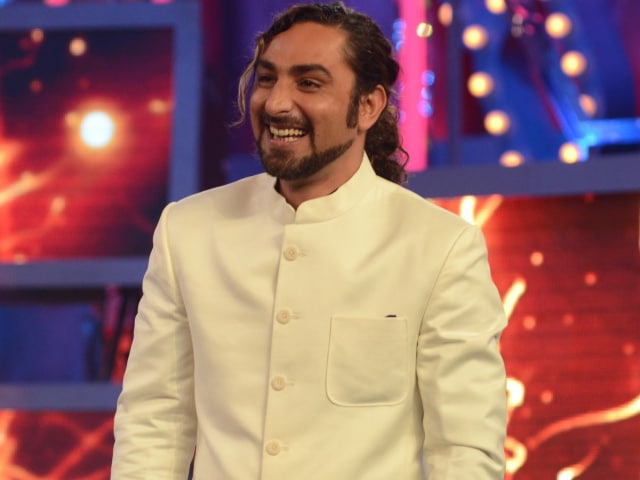 Praneet Bhatt in a still from Bigg Boss 8.

Mumbai: Actor Praneet Bhatt says he has emerged from Bigg Boss 8 as a wiser man, who finds nothing "impossible". He is now looking forward to bag roles in more TV shows and movies.

Praneet, who came out from Bigg Boss 8 with a clean working slate, said, "I will now be looking at work on television and of course in movies."

"I feel I've just started a new phase in my life and career. After weathering the storms in the Bigg Boss house, nothing in the outside world seems impossible. I'm still trying to come to terms with the real world outside Bigg Boss," he added.

Praneet, known for his role as Shakuni in TV series Mahabharat, admits he has evolved as a human being in the three months that he's stayed in the reality show.

"I've learnt more about life and experienced more facets of the human nature than I've done all my life. Believe me, I've come away from Bigg Boss a wiser man."

The actor, who was part of the notorious 'P3G gang' inside the Bigg Boss house says, "Puneet, Pritam, me and Gautam, the P3G, bonded better than the rest of the contestants. But that doesn't mean I didn't get along with the rest of the housemates."

"I am by nature a friendly and positive person. I made friends with Sushant (Divgikar) and Sonali (Raut). And we'll continue to be friends even after the show is over," he added.

Praneet also has good things to say about Puneet Issar.

He said, "I maintain he is well-meaning misunderstood guy. He gets over-emotional at times."

Then what makes the contestants behave contrary to their true nature?

"It's the environment within the House. It's not a natural state to be in. We're all locked in a 4,000 sq ft space where there is no privacy and no communication with the outside world. Plus, food is rationed. So one is constantly thinking of food and fighting for it. After a while all this gets to you."

He says he's grateful for remaining constant in his behaviour.

"It was a very gussawalla (anger-inducing) environment, and the situation often got ugly. I'd like to believe I rode the waves of uncertainty within the house and came out with my dignity intact," said the actor, who has also featured in shows like Suvreen Guggal - Topper of The Year and Geet.

So, what is the best and worst experience Praneet has come out with?

Promoted
Listen to the latest songs, only on JioSaavn.com
"Worst, I'd like to forget. The best by far, was the weekly interaction with Salman Khan sir. Every Saturday, I used to wait to talk to him. And we'd also wait for the homemade food that Salman sir sent for all of us contestants in the Bigg Boss house," he said.

"It is not a small thing to get ghar ka khana from Salman sir's home," he concluded.