First Man movie review: It has the craft to be a befitting tribute to one of the most monumental moments in the history of space exploration. 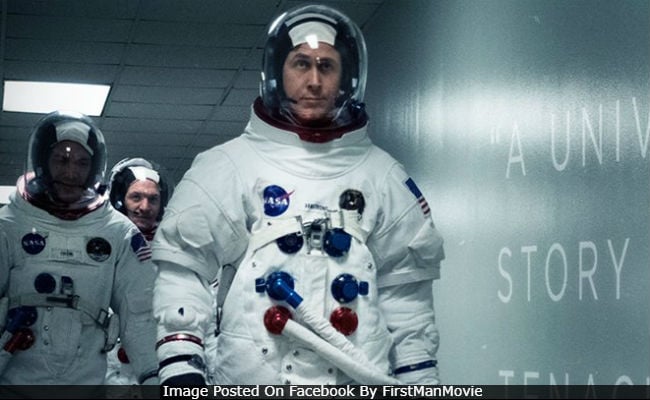 As far removed from Whiplash and La La Land as the moon is from Earth, Damien Chazelle's First Man, which reunites him with Ryan Gosling, is impressively epic in scale but profoundly intimate as a portrait of Neil Alden Armstrong, the first man to set foot on the moon as the commander of Apollo 11 in 1969. Relying more on in-camera effects than computer-generated imagery, the technically dazzling film provides sharp insights into the making of a pioneering hero who is driven more by his journeyman ethics than by an unblemished, over-hyped spirit of idealism.

The young director, working from a screenplay by Josh Singer (Spotlight, The Post) based on a biography of the iconic astronaut authored by James R. Hansen, crafts an emotionally engaging tale that eschews the usual biopic tropes and focuses its attention principally on the struggles of an exceptional individual confronting extraordinary challenges at home and on the career front as the American space programme gathers momentum against the backdrop of the continuing domination of the Soviet Union. As a film, First Man reaches for the sky. It gets there with some effort to spare and, like the protagonist, makes it back in one piece. 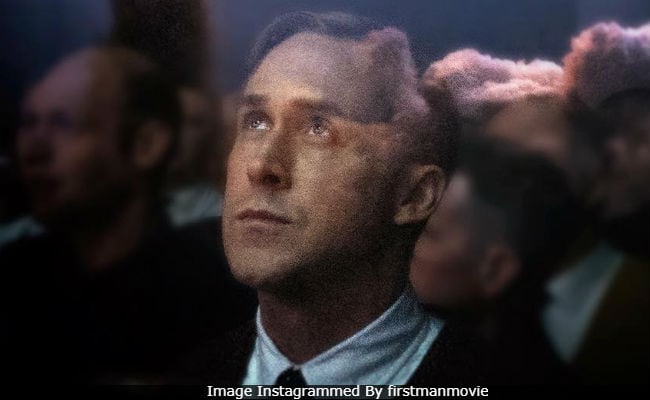 Chazelle wastes no time in pitchforking us right into the cramped, claustrophobic cockpit of the X-15, a hypersonic plane designed to soar to altitudes higher than any aircraft in the early 1960s. With test pilot Armstrong (a man of few words played with apt restraint by Gosling) at the controls, the flight, in an unimaginably immersive opening sequence that sets the tone for an intense, unrelenting drama about the inner workings of the space mission, goes horribly awry. The plane shakes and rattles. But the unflappable engineer-turned-astronaut keeps his wits about him and survives a near-fatal crash on the edge of Edwards Air Force Base. The first question on his mind after the close shave is: "Am I grounded?"

Armstrong is clearly a man who wants to carry on regardless. That is what makes him such a fascinating figure: he is wracked by doubts like any one of us but has the courage to keep pushing further and further. Death and danger loom large over every initiative in a space mission that requires flesh and blood men to leap into the unknown. There are no certitudes here. Every move is fraught with grave risk. The handheld shaky-camera approach to the action - cinematographer Linus Sandgren, at the top of his game, revels in tight frames that penetrate the spacemen's helmets in a bid to grasp what is going on in their minds - lends an unsettling, tense edge to the experiments.

First Man isn't, however, merely an account of the serious occupational hazards of being an astronaut in the 1960s, an era when technology was rudimentary and still evolving; it is more essentially a story of mortality, loss and grief, narrated with impressive control and empathy. Gosling captures Armstrong's silent resolve to perfection as the man navigates obstacles out there in space and down here on the ground. The ace US Navy pilot works his way up the ranks. Only death can stop him from walking into history.

An outer space adventure saga on the lines of Gravity, Interstellar and The Martian, First Man is also a family drama about a man too focused on his ambition to devote sufficient attention to his wife and two sons. Armstrong's story of triumph is interspersed with grave tragedies. He loses a two-year-old daughter to cancer; many of his colleagues, including his best pal Ed White (Jason Clarke), perish in the course of test flights; and his wife Janet (played brilliantly by Claire Foy) has an understandable issue with his obsession, which is a way of smothering his lingering anguish under a load of work.

Janet expresses the cynicism of the world at large when she describes NASA as "a bunch of boys building models out of balsa wood". Ahead of the Apollo 11 launch, one journo asks the mission honchos: "Is this worth the cost, in money and in lives?" And over a montage of growing opposition against the US space mission, Chazelle incorporates protest poet-singer Gil Scott-Heron performing his "Whitey on the Moon" number, a song documenting his indignation at public money being diverted while his family lives in poverty.

First Man is about an American hero all right, but writer Singer and director Chazelle aren't aiming at serving a gung-ho patriotic purpose. They steer away from overt flag-waving - the creative decision not to show Armstrong plant the Stars and Stripes on the crater of the moon has earned the makers some misguided flak - and put the spotlight into the dynamics of true heroism, which, as the film establishes beyond an iota of doubt, is embedded in humanity rather than within geographical boundaries.

The pace of First Man is deliberate; its colours are muted; it favours close-ups at the expense of panoramic views; and it is informed with boiler-room intensity and physicality. It is only in the final quarter of the film, when Armstrong sights the moon from the window of his module, that film switches from 35mm to 70mm IMAX to convey the wonder that the spaceman would have felt in that instant.

The overall result, despite being somewhat stodgy and purposefully solemn in parts, is a gritty, real, revelatory tale bracketed within a larger canvas that dovetails into its wide but coherent expanse a decade of US space missions and a multiplicity of narrative strands. Well served by a lead actor who allows the subject to subsume his starry personality, First Man has the craft and the class to be a befitting tribute to one of the most monumental moments in the history of space exploration.