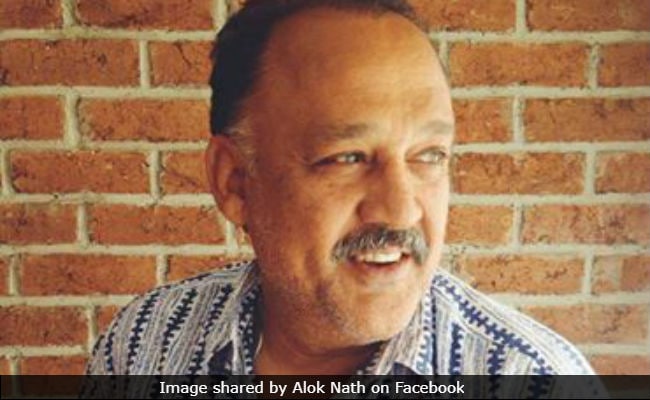 The Federation of Western India Cine Employees (FWICE) has issued a six-month non-cooperation directive to actor Alok Nath, who has been accused of rape by writer-director Vinta Nanda.

The Indian Film And Television Directors' Association (IFTDA) - the mother body of FWICE - made the announcement after he refused to show up for a POSH (Prevention of Sexual Harassment) inquiry.

"We have seriously taken the sexual harassment of our member director Vinta Nanda and shared it with the POSH committee, which investigated the complaint in the spirit of POSH Act and in compliance of principles of natural justice, equity and fair play," Ashoke Pandit, President of IFTDA, said in a statement.

"The committee in exercise of its power under POSH to summon a person for investigation had called Alok Nath. However, he refused to participate in the POSH inquiry despite three opportunities.

"Alok has blatantly challenged the ICC (Internal Complaints Committee) and defied the summons to attend before the ICC. Therefore, he has refused to co-operate with the mandate of IFTDA to provide secure work place for women. On recommendations of IFTDA's POSH Committee to mother body, FWICE has issued six months non-cooperation directive to the actor," he added.

Last year, the actor, known for his 'sanskaari' image on the big screen, was also expelled by the Cine and Television Artistes Association (CINTAA) in view of the various allegations of sexual harassment and misconduct.

Talking about the recent move, Mr Pandit said, "Our endeavour is to have zero tolerance to incidents of sexual harassment and value every single person and promote work environment in which persons of both sexes work and complement each other as equal and encourage gender-neutral policy."

Vinta Nanda had accused Alok Nath of allegedly raping her nearly 19 years ago when they worked together, which made for several such claims about his behaviour on the set. He denied all the allegations levelled by the victim and lodged a defamation case demanding Re 1 as damages and a written apology from her.