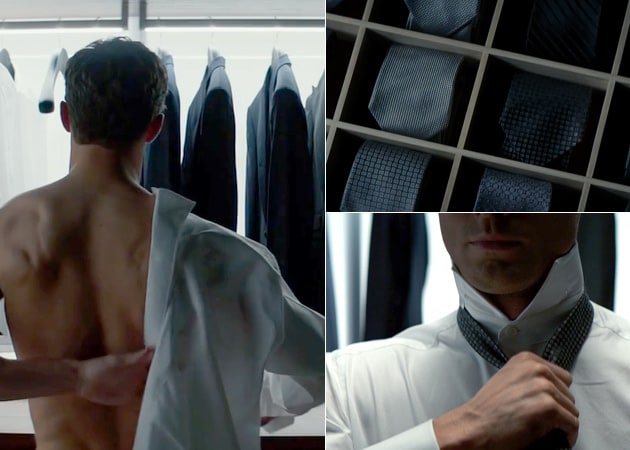 Jamie Dornan in a still from the film Fifty Shades of Grey.

Actor Jamie Dornan has gone shirtless in the new teaser of Fifty Shades of Grey. The 15 second clip sees the 32-year-old actor slipping on a crisp white shirt from his wardrobe as he stands with his back to the camera, reported People magazine.

As Beyonce's song Haunted slowly begins to play, Jamie then pulls open a drawer filled with 'grey' ties before the screen then transitions to black again.

The film's first theatrical trailer will be out on November 14.

Promoted
Listen to the latest songs, only on JioSaavn.com
Based on EL James's best-selling S&M-themed novel, Fifty Shades of Grey, is slated to release on February 13, just in time for Valentine's Day.