Fat-Shamed By Troll, Actress Anjali Anand Writes: 'It's Not You That's The Problem, It's Them'

"Don't be quiet. Speak up": how Anjali Anand deals with trolls 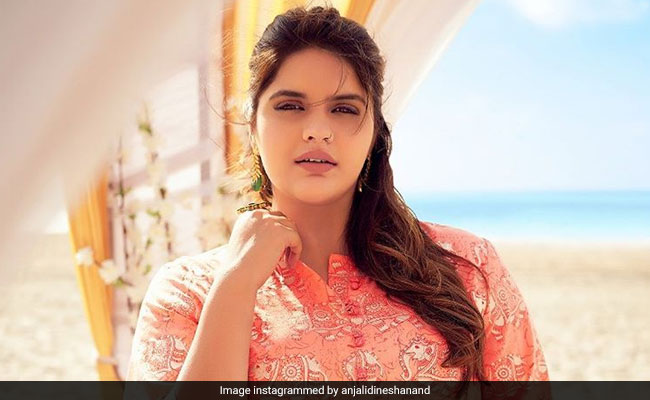 Actress Anjali Anand, best known for starring in TV show Dhhai Kilo Prem, got into a heated exchange with a troll, who attempted to body-shame the actress. In screenshots shared by Anjali's social media account, it can be seen that a female user referred to the actress as "fat" in the message section and asked her to "go to the gym". Anjali, who had a prolonged conversation with the user, replied: "You need to be shown your place" and later wrote: "I thought this would get interesting but you're boring me with repetition. I had high hopes from you."

Anjali Anand, who is known for her sprightly posts on Instagram, sent out a message for those who are at the receiving end of social media trolling: "Let's kill them with kindness. Let's kill them with love," she captioned a post, which came with a lengthy note and said that the motive behind her social media posts, is to "inspire" her followers to be the original version of themselves: "I never thought I would be someone who uses social media to direct people in the right direction or make people aware of the hate they're spreading. I thought me living my life my way would be example enough for people to feel inspired and not feel any less for the way they look or how people make them feel. But if something good comes out of it, why not?"

"Don't be quiet. Speak up. Call them. Shame them. It's not you that's the problem. It's them."

Anjali Anand has also starred in shows such as Kullfi Kumarr Bajewala but she featured as the female lead in the Ekta Kapoor-created Dhhai Kilo Prem. Anjali Anand and her co-star Meherzan Mazda featured as two overweight youngsters, who made an adorable couple.