Farhan Akhtar and Shibani Dandekar (L) and Rekha (R) at the film's screening.

Ahead of its release, a special screening of Photograph was organised in Mumbai on Wednesday night, which was attended by several Bollywood stars including Rekha, Farhan Akhtar and Shibani Dandekar, Vidya Balan, Siddharth Roy Kapur and Aditi Rao Hydari among others. All eyes were on Farhan Akhtar and Shibani Dandekar as they arrived at the film's screening together. Both Shibani and Farhan turned up in casual outfits. Film's lead actor Nawazuddin Siddiqui did not attend the screening, but we did spot film's leading lady Sanya Malhotra, who made a stunning appearance in a polka-dotted jumpsuit.

Here are the pictures from last night's screening: 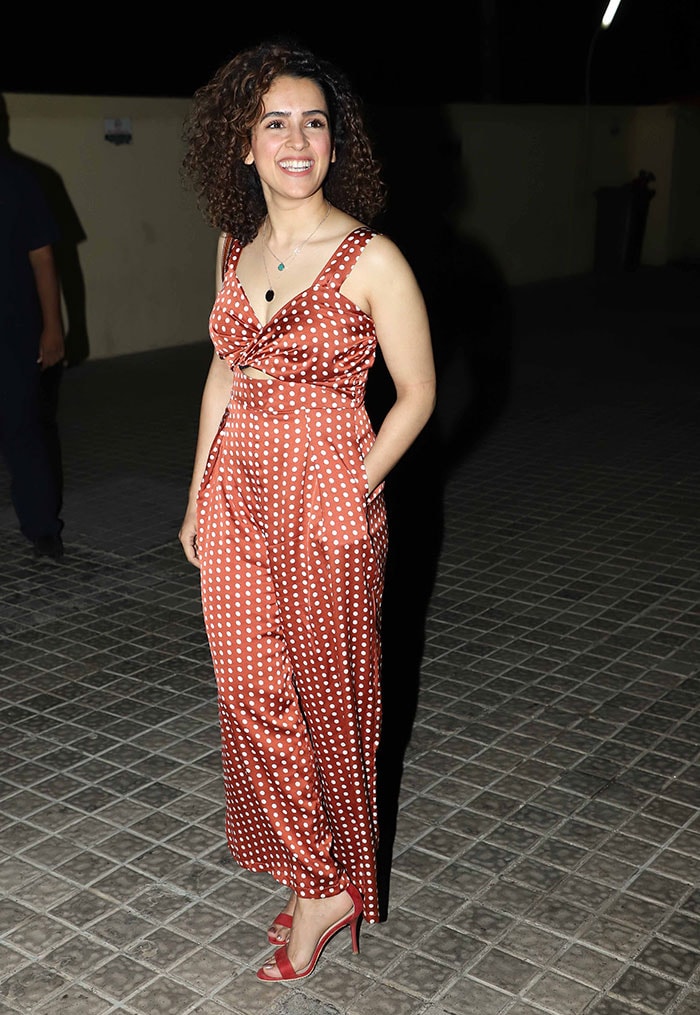 Sanya Malhotra at the screening 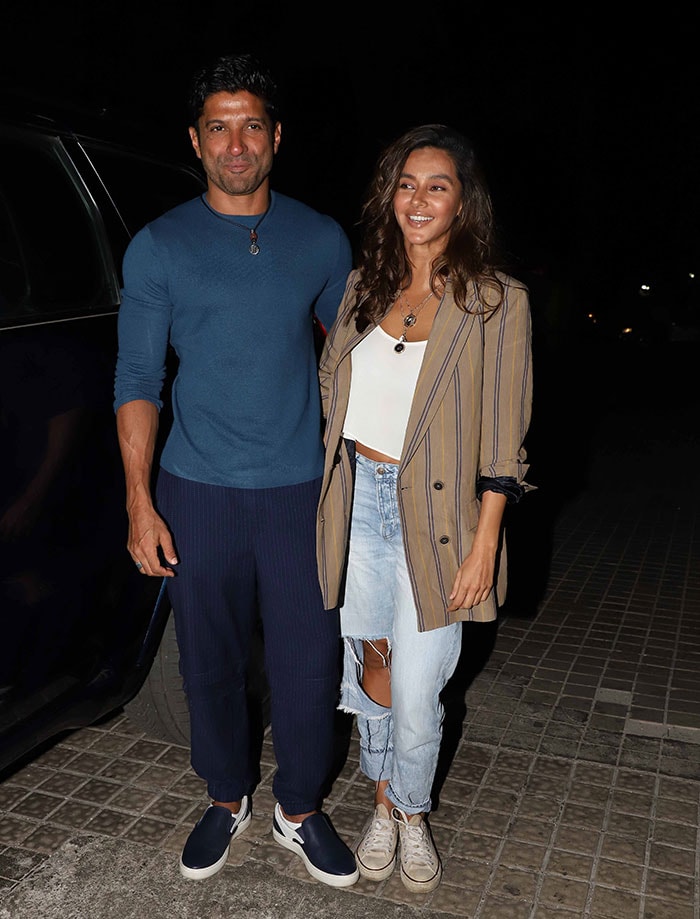 Rekha at the screening.

Farhan Akhtar wasn't the only one accompanied by his partner. Vidya Balan watched the film along with her producer husband Siddharth Roy Kapur. Farhan's father and lyricist Javed Akhtar's plus one for the night was his wife and veteran actress Shabana Azmi. Actress Tanvi Azmi was accompanied by her husband Baba Azmi. 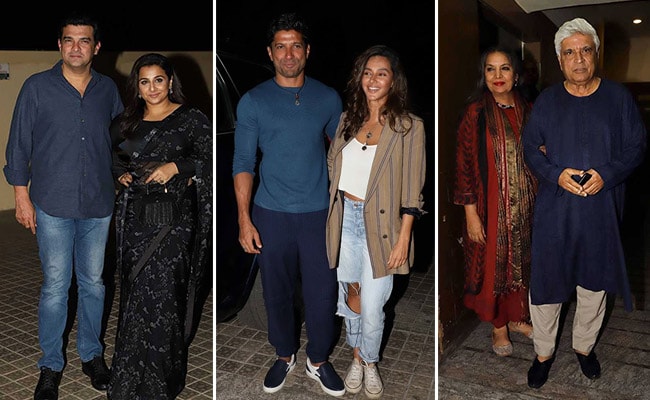 Guests at the screening. 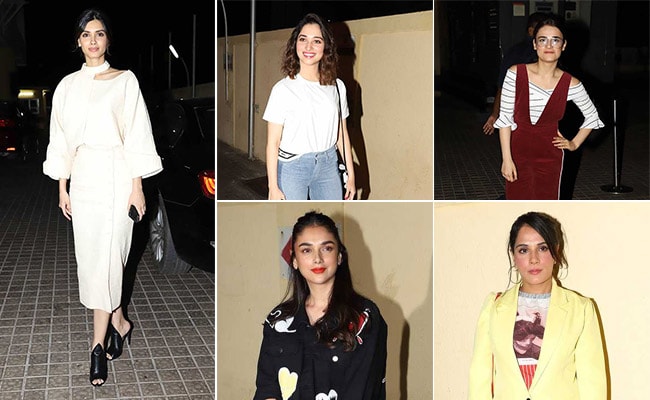 Actresses photographed at the screening. 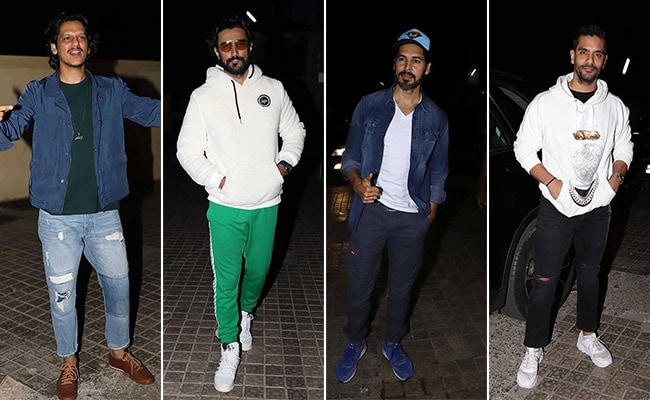 More guests at the screening.

Photograph has been written and directed by Ritesh Batra. The film premiered at the Sundance Film Festival and at the Berlin International Film Festival earlier this year.

Photograph showcases a unique love story of a photographer (played by Nawazuddin Siddiqui) and a student (played by Sanya Malhotra). The film has been co-produced by Amazon Studios and The Match Factory.

Photograph will open in theaters on Friday.