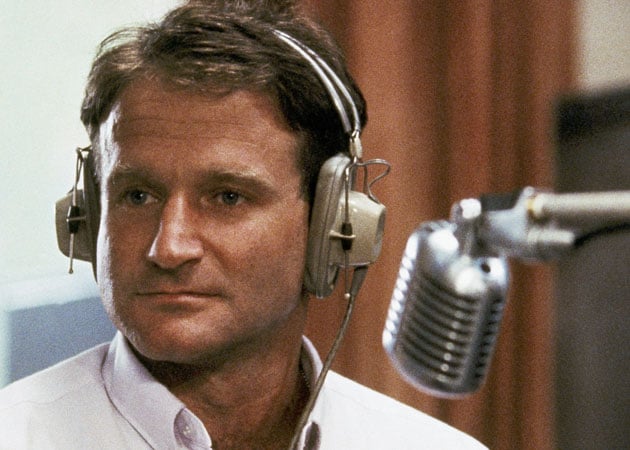 Mr Williams, star of films like Good Will Hunting, Aladdin and Good Morning, Vietnam, died at home in California.

On a stage, in front of the lights, is where stand-up and actor Robin Williams shone most brightly. The riffs, tangents and impersonations came rushing at the audience, a seemingly endless torrent. As the world wrestles with grief over his death, here are 10 things he famously said on film and in his stand-up routines.

Sarah Whittle: Alan, you wrestled an alligator for me.
Alan Parrish: It was a crocodile. Alligators don't have that little fringe on their hind leg.
Sarah Whittle: My mistake.

Mrs. Doubtfire: [after being introduced to Natalie] I admire that honesty, Natalie, that's a noble quality. Never lose that, because it often disappears with age, or entering politics.

4. Cocaine (a drug he abused in real life) is God's way of telling you you are making too much money.

5. People say satire is dead. It's not dead; it's alive and living in the White House.

6. Never pick a fight with an ugly person, they've got nothing to lose.

7. You know the difference between a tornado and divorce in the south? Nothing! Someone is losing a trailer.

8. Mickey Mouse to a three-year-old is a six-foot-tall RAT!

Promoted
Listen to the latest songs, only on JioSaavn.com
9. I've actually gone to the zoo and had monkeys shout to me from their cages, "I'm in here when you're walking around like that?"

I think I wore it better! pic.twitter.com/Cv0XtebBIX