Ekta Kapoor's baby boy Ravie Kapoor was born on January 27. Many, many congratulations to Ekta Kapoor! 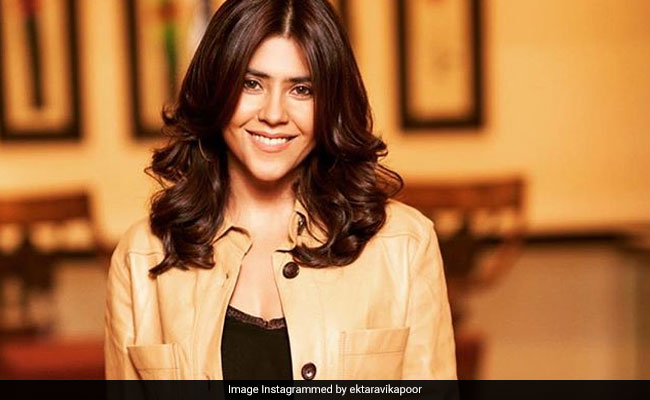 TV czarina Ekta Kapoor is the proud mother of a baby boy, whom she named Ravie Kapoor, revealed her social media posts on Thursday afternoon. Ekta made the baby announcement with a heartfelt-note, which she captioned: "Please send your love and blessings for lil Ravie!" Ekta, who welcomed her son via surrogacy, wrote: "I cannot even begin to express how happy my baby's birth has made me. Everything in life doesn't go the way you want it to but there are always solutions to those hiccups. I found mine and today, I feel immensely blessed to become a parent," in a part of her note. "It is an emotional moment for me and my family and I can't wait to begin this new journey of being a mother to my little bundle of joy, Ravie Kapoor," she added.

The baby boy was born on January 27. Many, many congratulations to Ekta Kapoor!

In another post shared on Instagram, Ekta Kapoor's doctor revealed that she opted for surrogacy after she encountered failed pregnancies following "multiple cycles of IVF."

Thanku doc nandita it's been a 7 year journey!

Rhea Kapoor, Sophie Chowdry and Kubbra Sait were the first celebrities to post congratulatory messages on Ekta Kapoor's Instagram post. Ahead of the baby announcement from Ekta Kapoor, she was congratulated by several of her colleagues on Twitter. Hansal Mehta, who has worked with Ekta Kapoor for the web-series Bose - Dead/Alive, congratulated the new mother on Thursday morning. "Many congratulations and lots of love dearest Ekta Kapoor. Welcome to parenthood and joy," he tweeted. Ekta Kapoor's close friend filmmaker Sanjay Gupta also sent out best wishes to the TV queen: "And this is the most heartening news this morning. Many congratulations Ekta. Welcome to the world and joy of parenting. God bless your baby with good health and lots of masti," he wrote in a tweet. Nimrat Kaur, who starred in Ekta Kapoor's web-series The Test Case, also congratulated the new mom:

Huge congratulations @ektaravikapoor on this brand new chapter in your life...wishing you all the love and the most amazing adventures ever !!

Many congratulations and lots of love dearest @ektaravikapoor. Welcome to parenthood and joy... https://t.co/3uK93OvKEb

And this is the most heartening news this morning. Many congratulations Ekta. Welcome to the world and joy of parenting. God bless your baby with good health and lots of masti. https://t.co/dG92HnK2G1

Ekta and Tusshar Kapoor are veteran actor Jeetendra and Shobha Kapoor's children. Tusshar Kapoor, who is an actor, decided to be a single parent via surrogacy and welcomed his son Laksshya in 2016. At that time, he had told news agency IANS that: "Initially my parents were a little bit apprehensive whether I should announce the child to be one born through IVF and surrogacy or not," but added that: "Everybody in the country has been very accepting. That was a bit surprise for me because I thought there would be diverse views, some kind of 'oohs and ahas' about it, all kinds of opinion. But nothing of that sort happened. Especially the media has been so supportive of Laksshya and my choice of having a family in this manner."