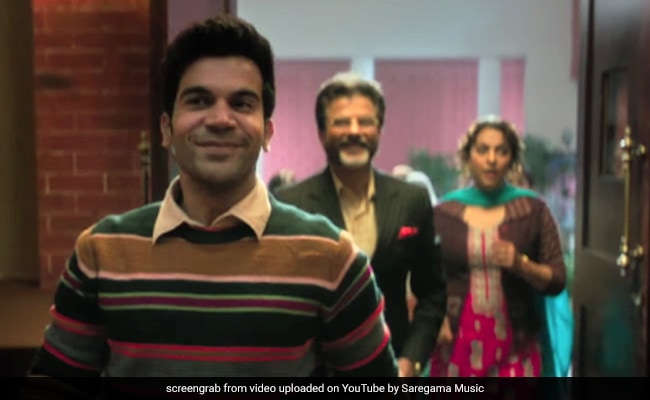 The makers of Ek Ladki Ko Dekha Toh Aisa Laga have unveiled yet another track from their upcoming film on Thursday. Good Morning, featuring the pivotal characters in the film - Anil Kapoor, Sonam Kapoor, Rajkummar Rao and Juhi Chawla - is all about a fresh start. The team of Ek Ladki Ko Dekha Toh Aisa Laga shared the link of the song with different captions, Anil Kapoor's post read:"Kijiye ek nayi shuruaat Good Morning ke saath." The song begins with an exhilarated Rajkummar Rao waking up a sleepy household for an important task. In the course of the song we witness that the entire household comes together to set up a theater stage for Rajkummar, who plays the role of storyteller in the film. Good Morning has been sung by Vishal Dadlani and Shannon Donald while the music has been composed by Rochak Kohli. Adil Shaikh has choreographed the song.

Earlier, the makers had released two song from the film. The title track, Ek Ladki Ko Dekha Toh Aisa Laga and Punjabi foot tapping number Ishq Mitha. The title track has 36,945,308 view in YouTube so far while Ishq Mitha has over 18 million views.

Ek Ladki Ko Dekha Toh Aisa Laga is the story of Balbir Chowdhary (Anil Kapoor) and his daughter Sweety (Sonam Kapoor), both of whom struggle to accept each other's love stories. Directed by Shelly Chopra Dhar, the film is produced by Vidhu Vinod Chopra. Speaking about casting the real life father-daughter duo on reel, the filmmaker told news agency PTI: "It was a perfect combination for me and fortunately they agreed on the script. It's their first film together. They are both professionals and great actors. Somewhere it helps if you are father and daughter in real life. It definitely helped the film."