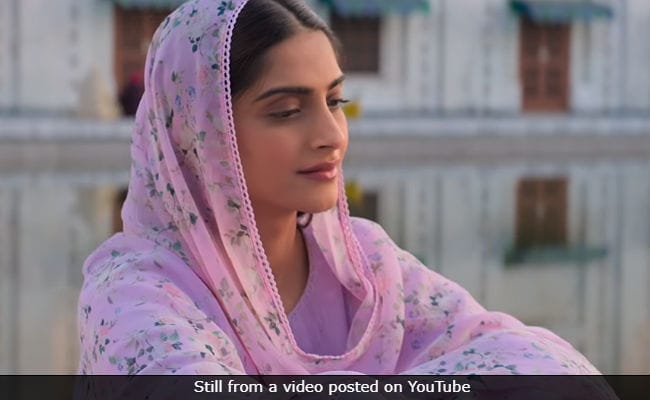 Sonam Kapoor's Ek Ladki Ko Dekha Toh Aisa Laga opened to fabulous reviews on Friday but it failed to translate into good box office numbers as the Monday collection dropped by several crores. As per a Box Office India report, the Shelly Chopra Dhar-directed film collected Rs 1.50 crore on Monday. "It will probably go up to Rs 17 crore in the first week. This means the first week business will be lower than films like The Accidental Prime Minister and Thackeray," the Box Office India report added. Ek Ladki Ko Dekha Toh Aisa Laga is the story of a family accepting their daughter's sexual preference.

In his review for NDTV, Saibal Chatterjee wrote: "In the context of a commercial filmmaking tradition that has usually been appallingly uncaring of LGBTQ sensibilities, Ek Ladki Ko Dekha Toh Aisa Laga is a whiff of fresh air, a huge leap forward from 2008's Dostana." He gave the film four stars out of five.

In an earlier tweet, trade analyst Taran Adarsh summed up the film's opening week performance and said: "Multiplexes of select metros witnessed growth over the weekend but the overall total is low."

Ek Ladki Ko Dekha Toh Aisa Laga released a week after Kangana Ranaut's Manikarnika: The Queen Of Jhansi and four weeks after Uri: The Surgical Strike - both the films performed exceptionally well over the weekend. According to Taran Adarsh, Uri made over Rs 20 crore while another Box Office India report stated that Manikarnika collected over Rs 15 crore in the last four days.