President Trump's second ex-wife has a role on the show The Righteous Gemstones, the Hill reported. 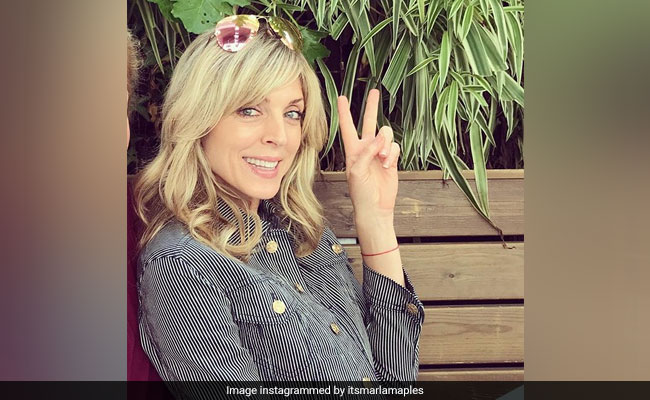 Marla Maples, the second (ex-)wife of President Donald Trump, is returning to the small screen. The onetime Dancing With The Stars contestant is filming for the upcoming HBO comedy The Righteous Gemstones.

It's unclear what Maples's role is on the show, which stars Danny McBride and John Goodman and centers on a family of televangelists, according to CNN. The Hill confirmed the role with HBO.

"Couldn't be much happier than the Now," she wrote in a recent Instagram post accompanying a picture of herself enjoying a vegan breakfast "on set" in South Carolina.

Maples, who is mother to Trump's younger daughter, Tiffany Trump, has previous acting credits that include an early 1990s stint on Broadway in "The Will Rogers Follies" and small roles in movies including "Happiness" and TV shows such as "Spin City."

Maples has kept a relatively low public profile during her ex-husband's presidency, steering miles clear of politics and chronicling her globe-trotting, yoga-and-juicing lifestyle on Instagram. But in another sign that she's not entirely spotlight-averse, the actress and self-styled fitness guru also gave an interview to the Hollywood Reporter for its oral history published Tuesday of John Kennedy Jr.'s political magazine George.

Maples, who guest-wrote a column for the glossy titled "If I Were President," recalled once running into a shirtless JFK Jr. in Los Angeles. As her bodyguard got his autograph, Maples was clearly enjoying the view. "I'm like, 'I'm never going to forget this vision in my entire life,'" she recalled.