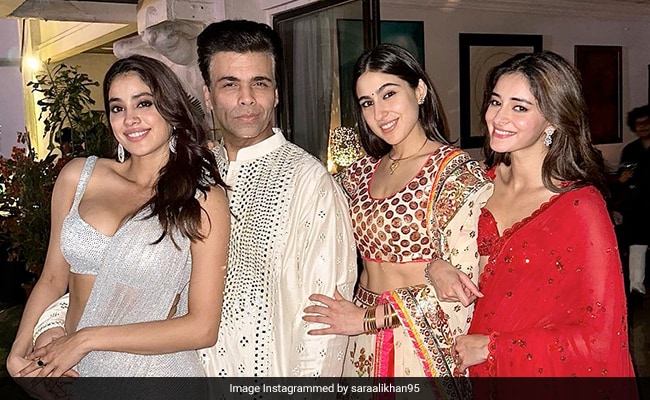 Sara Ali Khan, who attended a grand Diwali party hosted by T-Series on Sunday night, shared fun pictures on her Instagram profile. In one of the pictures, Sara can be seen happily posing with Ananya Panday, Janhvi Kapoor and Karan Johar. In another picture, she can be seen posing with brother Ibrahim Ali Khan. She also shared a picture with Coolie No 1 co-star Varun Dhawan. Sara captioned the post: "Happy Diwali. Love, light and prosperity to all." The T-Series party was also attended by Shehnaaz Gill, Sidharth Malhotra, Varun Dhawan and Guru Randhawa among other celebs. On her Instagram story, Sara posted a picture with Janhvi and Ananya and she wrote: "Only pyaar for these patakhas."