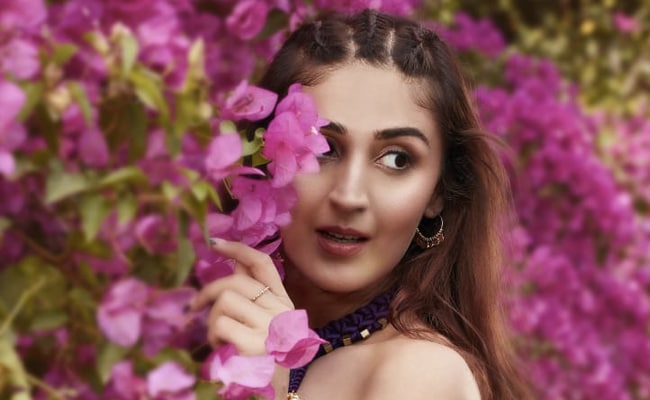 Dhvani Bhanushali in a still from Radha.

Dhvani Bhanushali's fans were in for a special surprise on her birthday as the record breaking artist released her latest single Radha. Presented by Bhushan Kumar's T-Series, the song is already on its way to setting a musical benchmark. The soft, melodious track with dreamy trance undertones has taken the internet by storm with over 22 million views on YouTube in less than 3 days.

Be it the music or the visuals, fans can't seem to get enough of Radha as it went on to trend on social media and on music streaming apps. Composed by Abhijit Vaghani, with lyrics by Kunaal Verma, the song also went on to become the most viewed video on YouTube for 24 hours post its release.

An expression of love and innocence, Radha was worked on by a dream team including popular ad filmmaker Karan Kapadia and award winning cinematographer Ravi Varman. Such has been the impact the song has made, that fans and music enthusiasts are also making reels of the Radha hook step, driving the digital platform into a frenzy.

Excited with the response to her latest single Dhvani Bhanushali says, "Radha is a track that's very close to my heart. I knew I wanted to do something different with this song and I'm so happy and glad that my fans appreciate and love it. The response has been overwhelming. It's the best birthday gift I could have asked for." Catch Dhvani Bhanushali's Radha, presented by Bhushan Kumar's T-Series on the T-Series YouTube channel.