Despite Divisiveness, Star Wars: The Last Jedi Is Now The Highest-Grossing Film Of 2017

Star Wars: The Last Jedi, the third Star Wars film under the Disney banner, has hit $517 million domestically just 17 days into its release 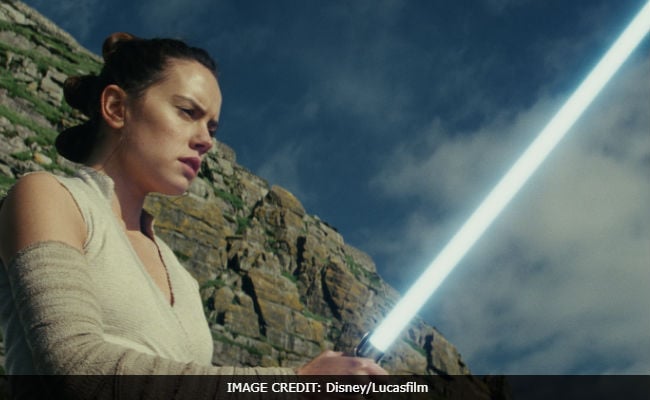 Washington: And just like that, despite its polarized reception, Star Wars: The Last Jedi became the biggest film of 2017.

The third Star Wars film under the Disney banner has hit $517 million domestically just 17 days into its release, according to studio estimates Sunday. That vaults Last Jedi past another Disney movie, Beauty and the Beast ($504 million), according to Box Office Mojo.

Last Jedi ($1.04 billion) now sets its sights on surpassing Beauty and the Beast ($1.26 billion) in worldwide gross, too.

Since Disney jump-started the franchise in 2015, all three of its Star Wars films, including The Force Awakens ($2.07 billion) and Rogue One ($1.06 billion) have each hit the billion-dollar mark in global gross.

Writer-director Rian Johnson's film is proving indomitable at the North American box office, though, grossing $52.4 million this weekend to edge out Jumanji: Welcome to the Jungle ($50.5 million).

Disney/Lucasfilm's next Star Wars release, Solo, is due to land in late May - Disney's first summer release in the Skywalker saga.

(This story has not been edited by NDTV staff and is auto-generated from a syndicated feed.)
Comments
star wars the last jhedistar wars box officethe last jedi box office