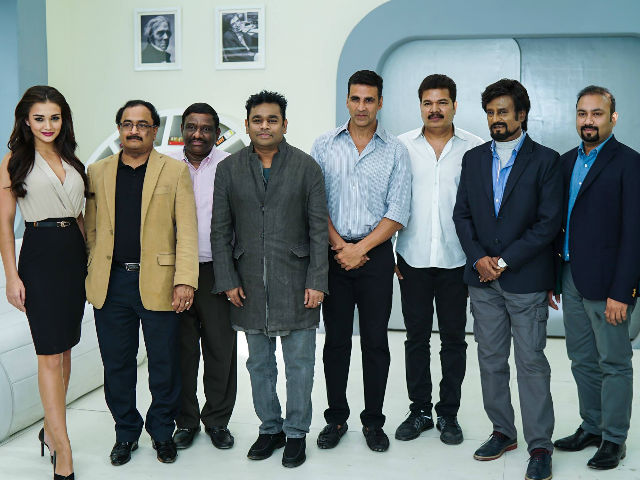 This image was posted on Facebook by A R Rahman

Chennai: Designer Ror Rodriguez, known for his work in the costume department on English television series such as Dardevil and Supergirl, has joined the crew of superstar Rajinikanth's 2.o.

"Both Rajinikanth and Amy Jackson will be wearing specially designed suits in the film. Ror has been brought on board to design them. He joined the sets since the project went on the floors earlier this month," a source from the film's unit told IANS. (Also Read: It's Rajinikanth vs Khiladi in Enthiran 2. Akshay Kumar Cast as Villain)

On his official Instagram account, Ror shared pictures from the sets of the film, which is the sequel to filmmaker Shankar's 2010 Tamil blockbuster Enthiran.

The film, which is reportedly made on a budget of Rs 350 crores, is being produced by Lyca Productions and has music by A R Rahman.

Parts of the film will be reportedly shot using motion capture technology.