Dangal Director On Zaira Wasim Quitting Bollywood: 'Hope She Gets What She's Seeking'

"I hope people understand that she has the right to live her life the way she wants to," said Dangal director Nitesh Tiwari 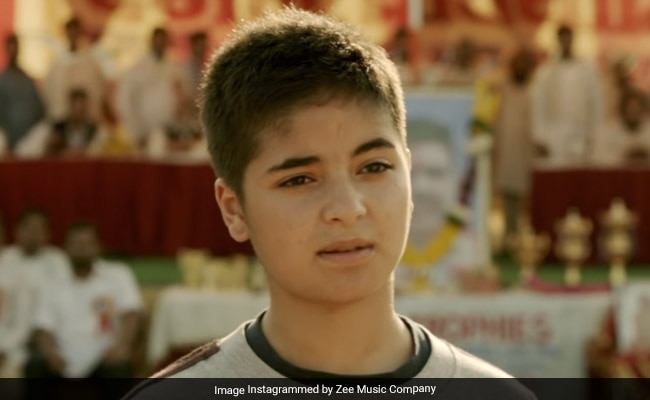 Calling Zaira Wasim an exceptional talent, Dangal director Nitesh Tiwari on Thursday said he respected the young actor's decision to quit films if her heart was not in it. Zaira Wasim made her Bollywood debut with the 2016's sports drama along with Aamir Khan and was last seen in Secret Superstar (2017), also backed by the superstar.

The 19-year-old Srinagar-born National Award winning actress announced her decision to quit acting on social media in June, saying it interfered with her faith and religion. Nitesh Tiwari said he wishes Wasim all the best and hopes she gets what she is looking for.

"Even if I had not spotted her for the film, I would still believe that everyone has the right to choose or live his or her life the way he or she wants to, just the way I live my life according to my terms and conditions. Whatever decisions I take are mine."

"I hope people understand that she has the right to live her life the way she wants to. I hope that she gets what she is seeking. I wish her all the best," Tiwari told PTI in an interview in Delhi.

The director added Zaira Wasim's exit is a loss for Bollywood but one must try to see things from her perspective.

She will be seen in The Sky is Pink, which also stars Priyanka Chopra Jonas and Farhan Akhtar. It is slated to be released on October 11.

"She is very talented. It is a sense of loss also for the industry but at the end of the day, we need to realise that she does not want it, she wants something else. And she has every right to want that." Tiwari was in the capital to promote his next, Chhichhore. The trailer drops on August 4.