A representative for Netflix declined to comment on the content of the series or the controversy raging online. 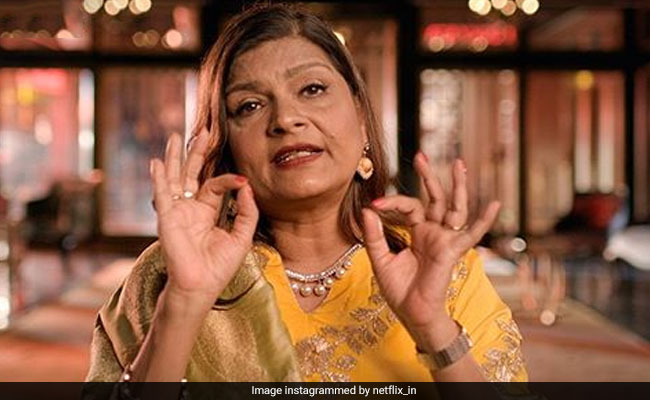 Netflix Inc. has hit the sweet spot with a controversial reality series on a globe-trotting Indian matchmaker helping her picky clients find life partners, in a boost to the streaming giant's efforts to produce local content for subscribers in new markets.

Indian Matchmaking, which debuted last week, touches on the centuries-old custom of arranged marriages, in which families, friends or matchmakers bring together eligibles -- unlike the popular Western reality shows like "Bachelor" or "Love is Blind." The show features Sima Taparia -- the match arranger -- roping in astrologers, face readers and marriage coaches to accomplish her mission.

The eight-episode series with its blend of romance, heartbreak and toxic relationships is gaining viewers not just in India, but also in countries like the U.S. and U.K., where there's a significant South Asian population. The show is a major win for Netflix, which is competing for eyeballs with Amazon.com Inc's Prime Video, Disney+ Hotstar, Zee5 and SonyLIV as hundreds of millions of stuck-at-home Indians go online scouring for entertainment during the pandemic.

Netflix has almost 193 million subscribers globally and doesn't provide user data for individual markets. The buzz -- and some online fury -- generated by the matchmaker series illustrates that company could start leveraging content produced for India to gain a wider audience overseas as well.

"Streaming platforms have been trying to gain mind share by tailoring content with a deep connect to regional audiences," said Tarun Pathak, a New Delhi-based associate director with Counterpoint Research. "Even if Netflix viewers don't entirely relate to the matchmaking series, it's still got them talking."

With China being inaccessible, India has become the battleground for the global streaming giants. The rivals have low-cost subscription plans aimed at the country. Netflix's mobile-only monthly plan costs 199 rupees ($2.70), while its regular plans start at 499 rupees. Amazon Prime's all-screen subscription is cheaper at 129 rupees a month and a Disney+ Hotstar plans start at 399 rupees a year.

The concept of arranged marriages -- essentially pre-vetted dating but with a more urgent and definite slant toward marriage -- has for years fascinated westerners. For many Indians, even Western-educated ones, the pressure to get married builds steadily from the mid-20s and several of the singles in the reality series say dating apps and online matchmaking hasn't worked for them.

Yet the series, while leaving some viewers wanting more, has drawn criticism for its portrayal of caste, fair-skin obsession and misogyny. Some describe it as a "cringe fest" on social media for highlighting the worst of Indian culture, including sexism and racism. But many say it holds a mirror to the ugly side of arranged marriages.

Poorna Jagannathan, an actor and a series regular in Netflix's U.S. teen comedy "Never Have I Ever," said the show was "horrifying."

#IndianMatchmaking was horrifying.
Also, #Netflix, how soon can you drop season 2 (asking for a friend) pic.twitter.com/RIn59Gwz6q

A representative for Netflix declined to comment on the content of the series or the controversy raging online.

The show has also made overnight stars of its lead characters. A deluge of memes show "Sima Auntie," the calm but judgmental matchmaker who calls the shots, as she repeatedly introduces herself as "Sima from Mumbai" and spouts lines like "ultimately my efforts are meaningless if the stars are not aligned." As she jets between Houston, New York and Mumbai, nonchalantly peeping into bedrooms and peering into wardrobes, the matchmaker says, "In India, we don't say 'arranged marriage'; there's marriage and then love marriage."

The first season ends on carefully-structured cliffhangers. Most of the singles it features do not find a marriage partner, leaving room for more episodes.