Connery, Sean Connery: The Definitive James Bond - And Much More

The Oscar-winning actor will always be associated with his smooth, Scottish-accented portrayal of the suave spy 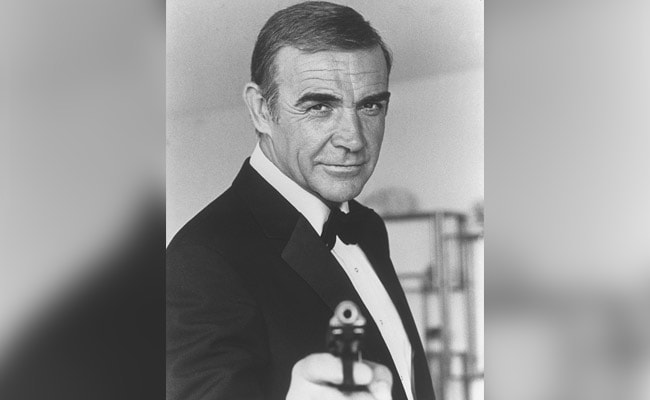 Sean Connery, who has died aged 90, was one of Britain's greatest film stars, earning worldwide fame and adoration for playing iconic secret agent 007, James Bond. The Oscar-winning actor will always be associated with his smooth, Scottish-accented portrayal of the suave spy and was considered a sex symbol well into old age. Sir Sean Connery was a fiercely proud Scot and a financial backer of the Scottish National Party (SNP), which advocates separating Scotland from the United Kingdom.

The first actor to utter the unforgettable "Bond, James Bond", Connery made six official films as novelist Ian Fleming's creation, giving what many still consider as the definitive portrayal.

He made a comeback as the British spy in the unofficial 1983 film Never Say Never Again and was even named People Magazine's sexist man in 1989 - just shy of his 60th birthday.

Thomas Sean Connery was born on 25 August 1930 in the working class Fountainbridge area of Edinburgh to a truck driver father and a factory worker mother, the eldest of two boys.

"My childhood was less than auspicious, but when I was young we didn't know we lacked anything because we had nothing to compare it to and there's a freedom in that," he said on receiving the 34th American Film Institute Life Achievement Award in 2006.

"I got my break, big break, when I was five years old and it's taken me more than 70 years to realise it. You see, at five, I learned to read. It's that simple and it's that profound."

He left school at 13 and started his working life as a milkman before joining the Royal Navy at 16. He was discharged after three years due to a stomach ulcer.

His two tattoos, acquired while serving, read "Mum and Dad" and "Scotland Forever."

Sean Connery returned to Edinburgh and worked as a bricklayer, lifeguard, and coffin polisher, among other manual jobs.

His bodybuilding hobby led him to enter the Mr Universe competition, where a fellow competitor urged him to audition for acting parts.

He got bit-parts for years before his big break in a film melodrama, Another Time, Another Place (1958), and then went on to win the Bond role.

Sean Connery's 007 portrayal helped him land a role in director Alfred Hitchcock's 1964 thriller Marnie. However, he spent much of his post-Bond film career in ensemble casts.

Sean Connery won the 1988 best supporting actor Oscar for his portrayal of street-wise policeman Jim Malone in The Untouchables.

"There are seven genuine movie stars in the world today, and Sean is one of them," director Steven Spielberg said at the time.

In the 1990s, Sean Connery produced many of the films he starred in, appearing in The Hunt For Red October (1990) as a Russian submarine commander, Rising Sun (1993) alongside Wesley Snipes, action film The Rock (1996) and Entrapment (1999) with Catherine Zeta-Jones.

He announced his retirement after The League Of Extraordinary Gentlemen (2003).

"It's one of the proudest days of my life," the newly-dubbed Sir Sean told reporters.

Among his other honours, he was awarded the freedom of the city of Edinburgh, an honorary doctorate of letters from the University of St Andrews, and France's Legion d'Honneur.

He won Britain's 1988 best actor BAFTA for his portrayal of Franciscan friar William of Baskerville in the film adaptation of Umberto Eco's The Name Of The Rose.

Sean Connery also received a BAFTA lifetime achievement award in 1998 for his contribution to world cinema.

In 2003, film magazine Empire put him top of their bad accents list for keeping his Scottish tones, whatever the role.

Despite his love of Scotland, SNP supporter Sean Connery was a tax exile for decades in Marbella, Spain, and in the Bahamas. He was infuriated in 2000 when new rules prevented non-domiciles from donating to British political parties.

"I was paying 98 percent tax. I was making all this money and making movies and I had nothing," he once said, when asked why he quit his homeland.

Sean Connery's marriage to second wife Micheline Roquebrune, a French artist, came in 1975 not long after he divorced Australian actress Diane Cilento with whom he had a son in 1963, Jason, who is an actor.

But although he denied Cilento's claims that he had beaten her in the past, he courted controversy by maintaining it was justifiable in certain circumstances for a man to slap his wife.

Cilento blamed his poor upbringing for their clashes but Connery saw his background as the key to his acting success.

"My strength as an actor is that I've stayed close to the core of myself, which has something to do with a voice, a music, a tune that is very much tied up with my background," he told The New York Times.