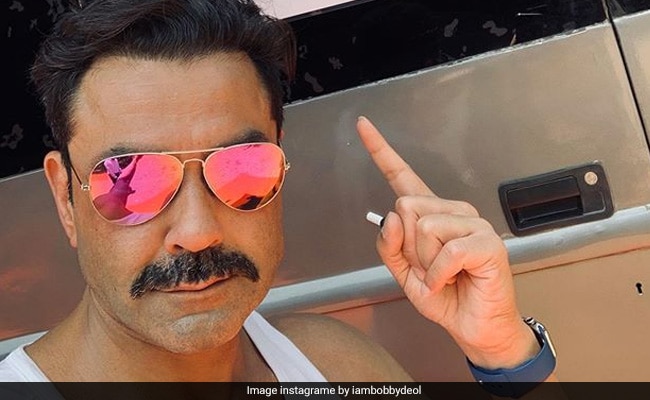 Actor Bobby Deol is awaiting the release of his new film Class Of '83, which releases on Netflix come Friday. On Thursday, the actor took his Instafam to the first day of the shoot, in which he can be seen posing outside his vanity van - marked Vijay Singh, his character in the movie. "Trusting the magic of new beginnings... #ThrowbackThursday... #Day1 on the sets of #ClassOf83! One day to go," he captioned the post. Class Of '83 is produced by Shah Rukh Khan's Red Chillies Entertainment for Netflix. Designer Seema Khan and actor Darshan Kumar dropped heart emojis and applause emoticons in the comments thread.

Trusting the magic of new beginnings... #ThrowbackThursday #Day1 on the sets of #ClassOf83! 1 day to go!!! #TBT

Class Of '83 is the adaptation of Hussain Zaidi's book of the same name, which tells the story of a cop shunted to a punishment posting as the dean of the police academy. He secretly trains five best candidates to bring down the corrupt officials backed by some of the most-wanted criminals. In an unexpected turn of events, his chosen candidates turn rogue.

Watch the trailer of Class Of '83:

Apart from Class Of '83, Shah Rukh Khan has produced two web-series - Bard Of Blood and Betaal - for Netflix. Class Of '83 is directed by Atul Sabharwal and it also features Anup Soni, Joy Sengupta and Vishwajeet Pradhan in supporting roles.

Bobby Deol was last seen onscreen in Housefull 4, co-starring Akshay Kumar and Riteish Deshmukh. His next project is Aashram, a web-series directed by Prakash Jha.