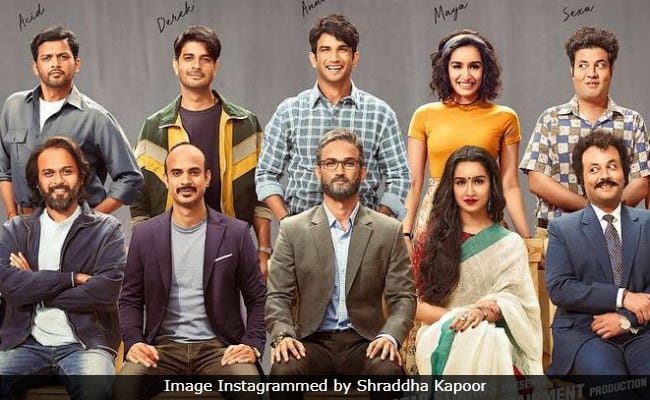 The makers of Chhichhore unveiled the first poster of the film on Tuesday afternoon and interesting can't even begin to describe it. The poster introduces us to the film's lead actors Sushant Singh Rajput and Shraddha Kapoor along with the other characters, who can be seen dressed in two drastically different get-ups. In one of looks, the actors can be seen dressed as students, while in the other, they look almost unrecognizable as middle aged people. Though we couldn't decipher the film's plot based on the first look but producer Sajid Nadiadwala, in his previous tweet had mentioned that the film showcases a "riveting story of today's generation." Chhichhore will be directed by Dangal director Nitesh Tiwari and it will collaboratively be produced by Sajid Nadiadwala and Fox Star Studios.

Chhichhore director Nitesh Tiwari introduced us to all the characters along with their names and wrote: "A timeless tale of time pass Chhichhore, starring Sushant Singh Rajput, Shraddha Kapoor and an insanely talented cast. Releasing on 30th August 2019." Shraddha Kapoor also announced her association with the film on social media and wrote: "A crazy cast gathers to tell a timeless tale of.. Timepass. Proud to be in Nitesh Tiwari's next after Dangal."

Take a look at the Chhichhore poster here: