Carrie Underwood Speaks Out About The Pain Of Three Miscarriages

After her third miscarriage, Carrie Underwood said she asked God, "Why on earth do I keep getting pregnant if I can't have a kid?" 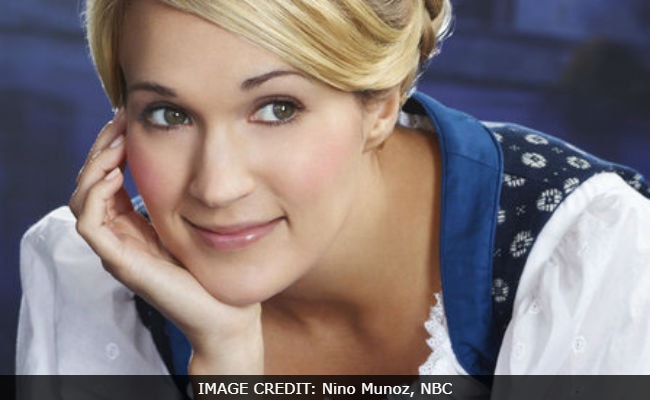 Facing what she worried was going to be her fourth miscarriage in less than two years, country music star Carrie Underwood said she curled up next to her 3-year-old son and prayed like she had never prayed in the past.

The 35-year-old singer-songwriter said on CBS Sunday Morning that she became angry at God.

"I was like, 'Why on Earth do I keep getting pregnant if I can't have a kid?'" she said in an interview over the weekend. "'Do something. Either shut the door, or let me have a kid.' For the first time, I feel like I actually told God how I felt. And I feel like we're supposed to do that."

Underwood said on the morning news show that when she went to the doctor a couple of days later, she learned her pregnancy was just fine.

"He heard me," she said, explaining that God heard her prayers, and she and her husband, professional hockey player Mike Fisher, are now expecting their second child.

Underwood had a rough year in 2017. She fell while walking her dogs - breaking her wrist, chipping a tooth and injuring her face, requiring 40 to 50 stitches, according to People magazine. She also lost two pregnancies - and then a third one this year, she said.

"We got pregnant early 2017, and it didn't work out," she added, her voice cracking. "It happens. And that was the thing in the beginning - it was like, 'Okay, God, we know this just wasn't your timing, and that is all right. We will bounce back and figure a way through it.'

Underwood said that at the time, she was scared to allow herself to get angry.

"We're so blessed," she said on the morning show. "My son, Isaiah, is the sweetest thing, and he's the best thing in the world and I'm like, 'If we can never have any other kids, that's okay because he's amazing, and I have this amazing life.' Really, what can I complain about? I can't. I have an incredible husband, incredible friends, an incredible job, an incredible kid. Can I be mad? No."

Earlier this month, Underwood told Redbook that at 35, she thought she and her husband "may have missed our chance to have a big family."

"We always talk about adoption and about doing it when our child or children are a little older," she told the magazine, adding that until that time, she and her husband plan to continue helping other children through charitable organizations.

"Our focus right now in our lives is helping as many kids as possible," she added.

When asked about her successes, Underwood told CBS Sunday Morning that it has been a balance.

"You can't win all the time," she said. "You've got to have some downs to realize when you're up."