Cannes 2021: "This Is The Moment For Women," Says Jodie Foster At The Film Festival

"There is now an awareness that it's been too long that we haven't heard stories told by women," she said 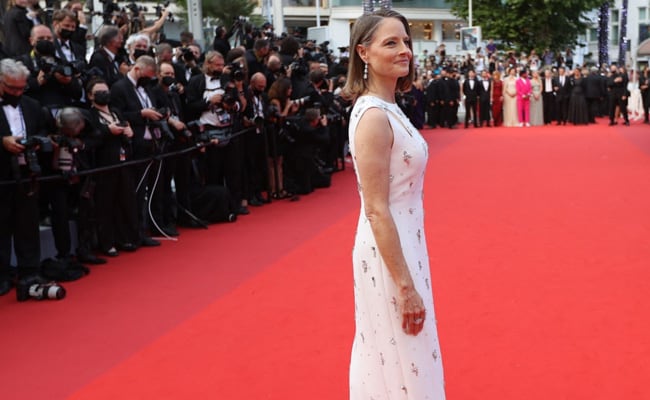 There has never been a better time for women to enter the film industry, American superstar Jodie Foster told the Cannes festival on Wednesday, saying movies had too long been starved of female perspectives. Addressing a large crowd of mostly young festival-goers in near-fluent French, she encouraged budding women filmmakers to seek their own truth and not try to please others. "This is the moment for women to enter the industry," Jodie Foster said.

Although male domination of the industry had "not changed completely," she said, "there is now an awareness that it's been too long that we haven't heard stories told by women... This is the moment."

Jodie Foster received a lifetime achievement on Tuesday for her work that has included star turns in < when she was a child, through to her Oscar-winning role in Silence Of The Lambs. She has also directed several films, including Money Monster with George Clooney and Julia Roberts.

"I know it's a bit cliche to say 'tell your own stories'," Jodie Foster said. "But what I mean is: ask yourself questions about the truthfulness of things and whether they resonate within you, instead of pleasing others, be it the public or producers."

Jodie Foster said many young actors entered the movie business saying "I want to be looked at in my pretty clothes" which she said was the "worst reason" for taking up the profession. "For some people it can take years, unfortunately, to cast off that armour that separates you from authenticity on the screen," she said.

Talking about her own experience, she said Pedro Almodovar - who presented her with her honorary Palme the day before -- was "the first feminist director for me. It was the first time I'd seen films that talked about women in an authentic way," she said of the legendary Spanish director, who has made women central to many of his films.

Jodie Foster called Almodovar an exception among male directors who "can't easily transpose themselves into a woman's body and ask themselves what the complicated and complex experience of a woman consists of."

Referring to her experience as a director, she said that there was still "confusion" in the male-dominated movie industry about how women exercise leadership positions. "They don't understand how women lead because they've never seen women lead," she said of male producers.

"They don't know how to talk to women to convince them of something. They're afraid because they don't know how to deal with these situations." The Cannes film festival has raised eyebrows for including just four films by women directors in the list of 24 movies vying for the top Palme d'Or prize in the main competition.

The gender balance is tilted less towards men in the festival's other competition categories, and the main jury this year is mostly female, including US star Maggie Gyllenhaal, Canadian-French singer Mylene Farmer and French-Senegalese director Mati Diop. Only one woman has won the Palme d'Or in 73 editions of the festival - Jane Campion forThe Piano in 1993.