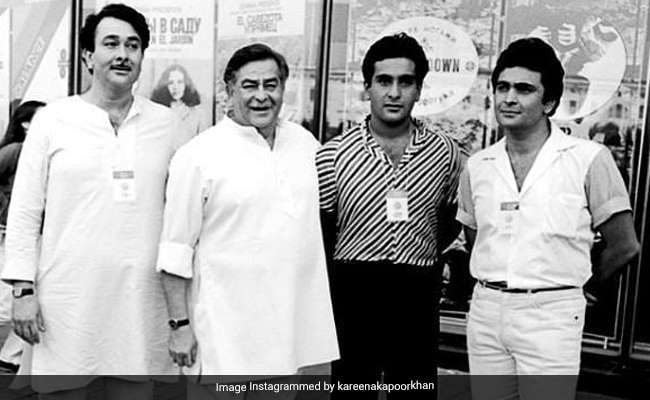 The Kapoor family lost another member on Tuesday - actor-filmmaker Rajiv Kapoor died following a cardiac arrest at a hospital in Chembur today afternoon. He was 58. Rajiv Kapoor was the son of legendary actor-filmmaker Raj Kapoor and Krishna Raj Kapoor. He was the brother of late actor Rishi Kapoor and Randhir Kapoor. On Tuesday, within hours of Rajiv Kapoor's death, a heart-wrenching tribute arrived from Randhir Kapoor's daughter Kareena Kapoor. The mom-to-be actress zeroed in on a priceless throwback memory, featuring four Kapoor stalwarts - Raj Kapoor and his sons Randhir, Rajiv and Rishi - Randhir Kapoor, 73, is the only one alive from the black and white throwback memory posted by Kareena. Rishi Kapoor died in April last year after battling cancer for two years. He was 67. Raj Kapoor died in 1988. 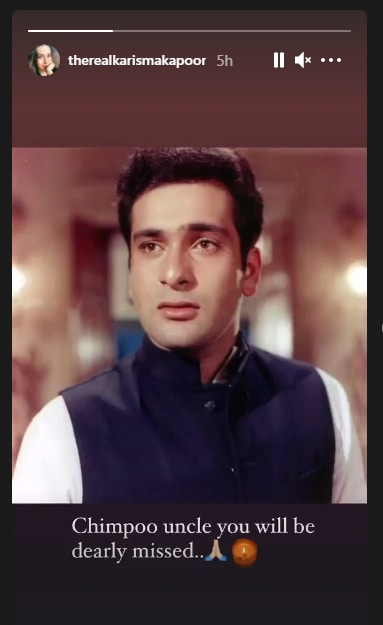 Karisma was one of the first family members to arrive at Rajiv Kapoor's Chembur residence after his death. Rajiv Kapoor suffered a heart attack at his residence in Chembur following which he was rushed to Inlaks Hospital. He was declared dead at the hospital, news agency ANI reported. Rishi Kapoor's wife Neetu Kapoor was the first one to mourn Rajiv Kapoor on Instagram, by simply posting a photo of him and writing: "RIP."